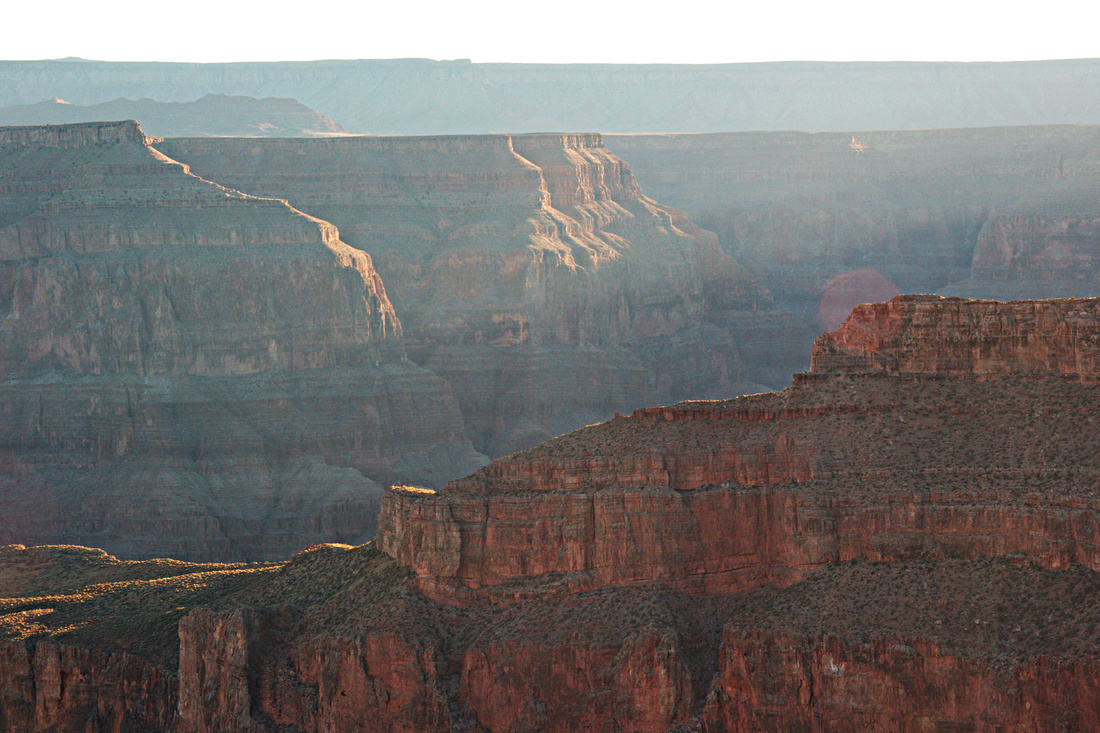 Green Christmas in LA didn't quite measure up after the massive holiday in Sweden last year, so we threw our things in the car and sped off to Vegas. In the early morning hours one day, we drove to the Grand Canyon in the dark to catch sunrise. At the western edge closest to Las Vegas is Grand Canyon West. It's run by the Hualapai Tribe, on their land, offering an awesome alternative to just viewing on the edge. At Skywalk you can walk out on a glass walkway hanging 70 feet out and 4,000 feet above the canyon. They don't let you take any phones or cameras out with you, lest you drop one and crack the floor and, presumably, fall to your death. We arrived so early there weren't any other tourists there yet. The sun had just crested the canyon and so the light was a bit tricky, but except for the helicopter tours, it was totally silent. This is the sun cresting a rock formation called Eagle Point, which you could see if the sun was on the other side. Use your imagination! 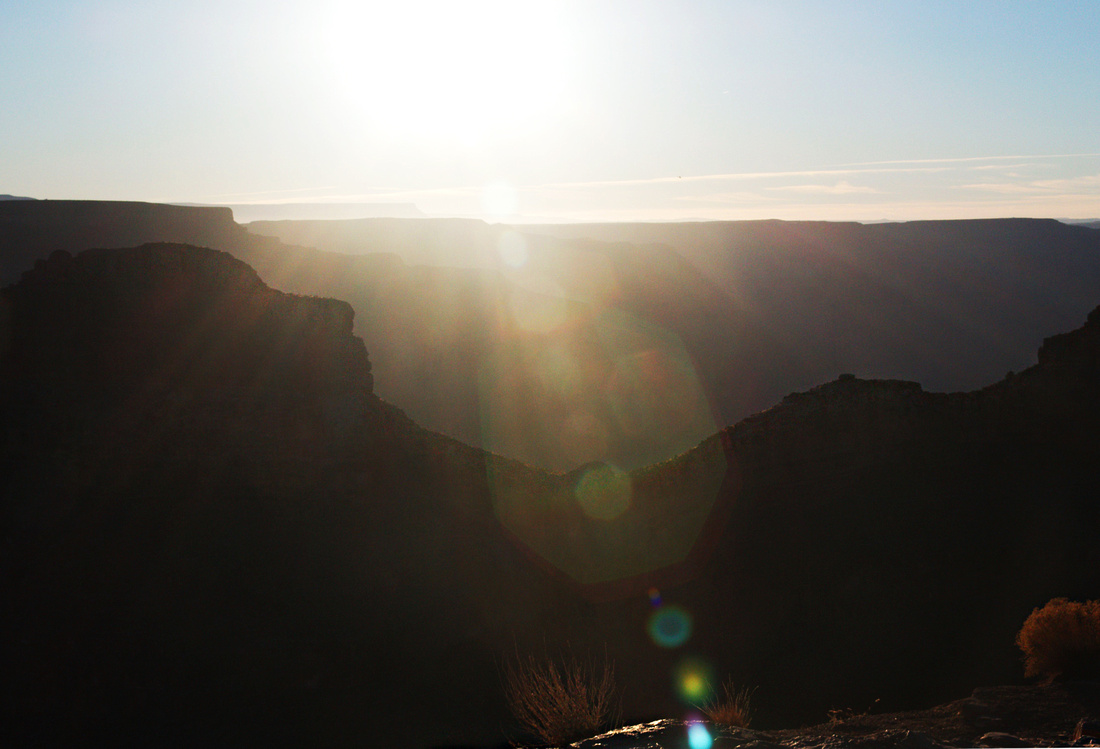 From Eagle Point, the tour takes you on to Guano Point, an old bat guano mine hanging up on a cliff over the river. 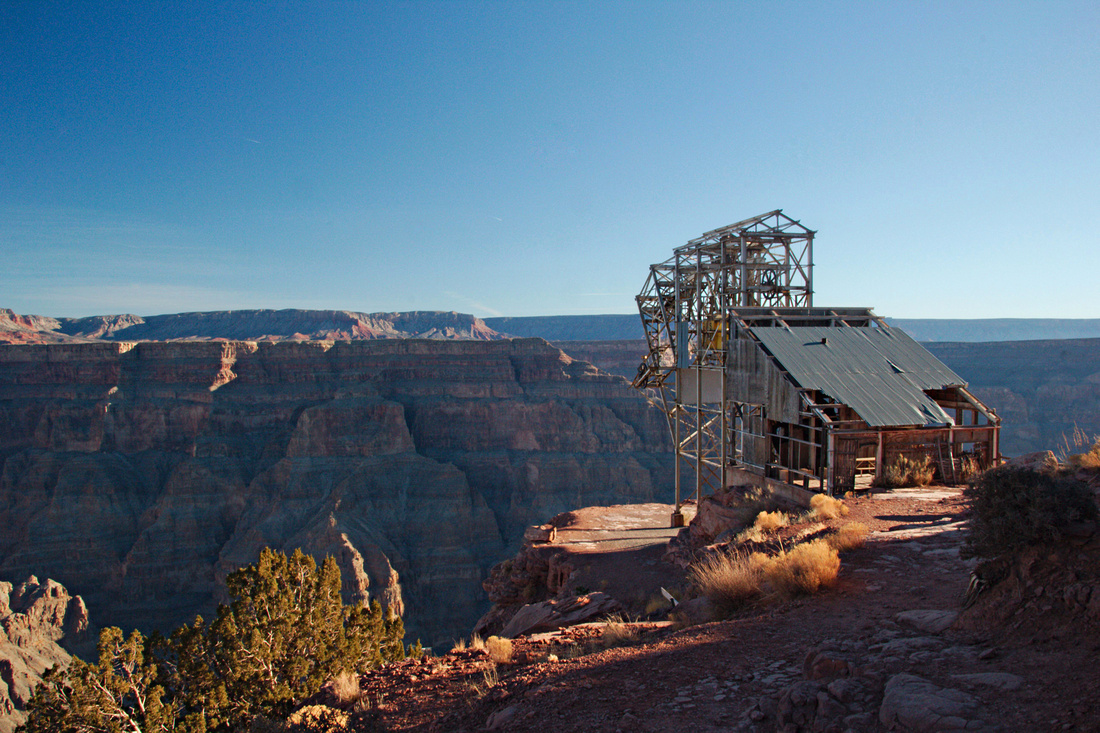 The mine was closed in 1959, and shortly after, a fighter jet blew through and tore the cable wires. But the structure still stands, and you can hike all around the rock formation for 360 degree views of the canyon. 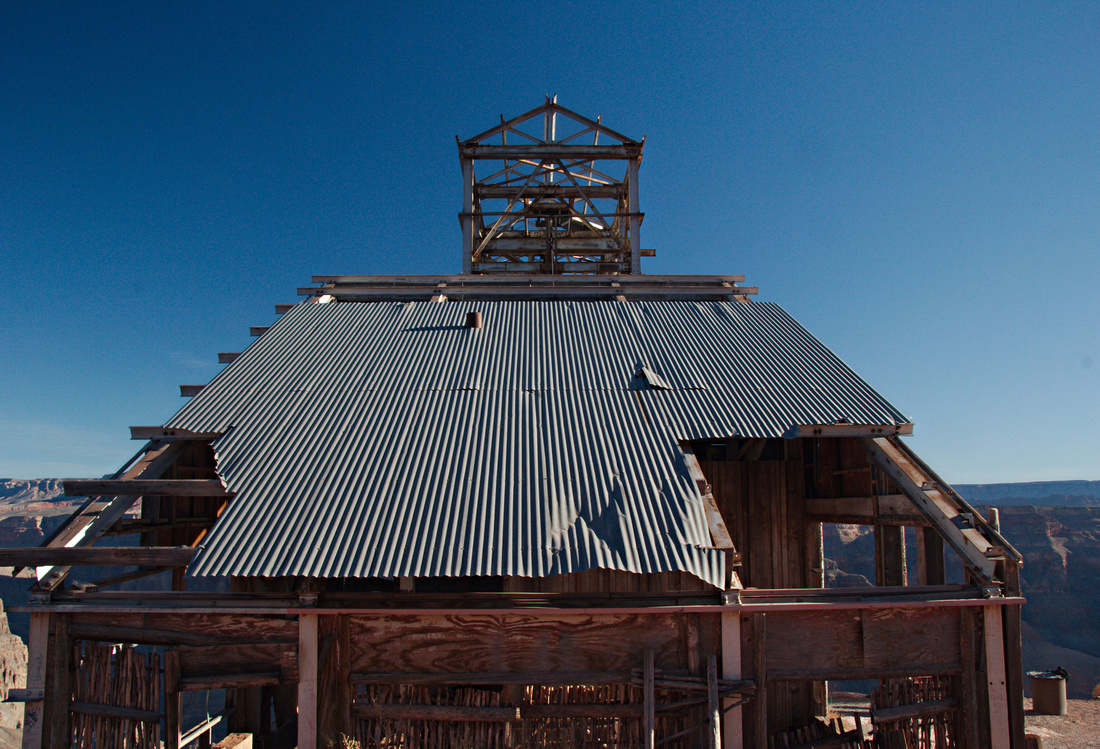 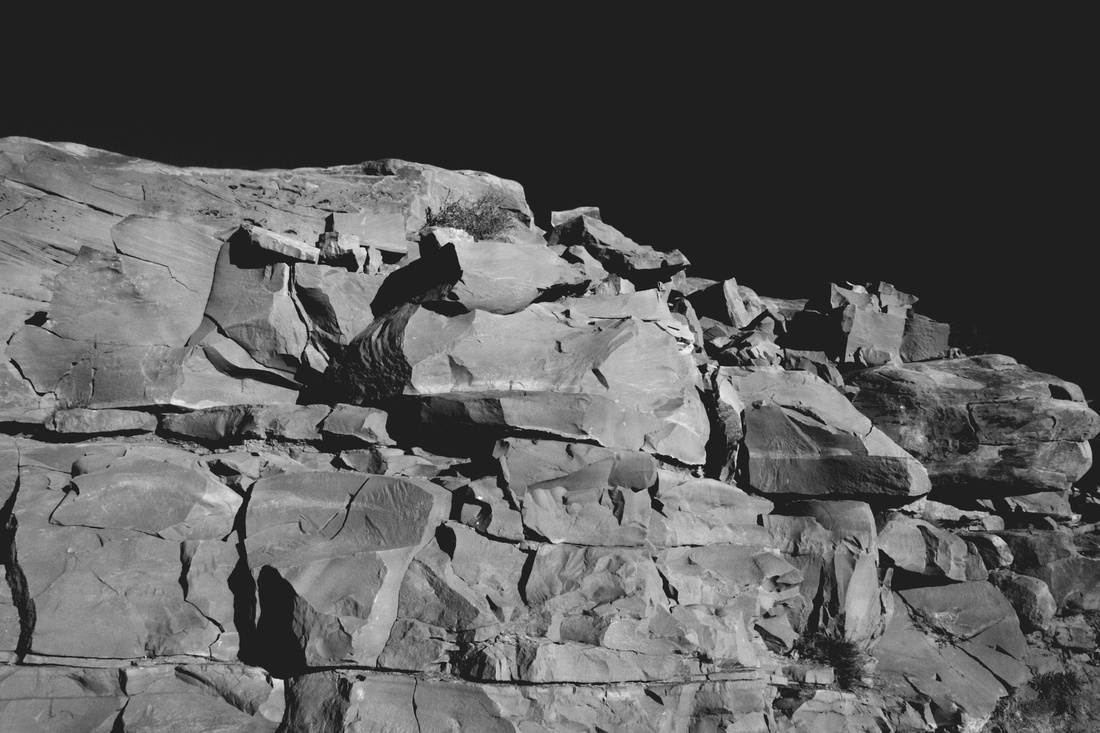 the moon? the top of Guano Point 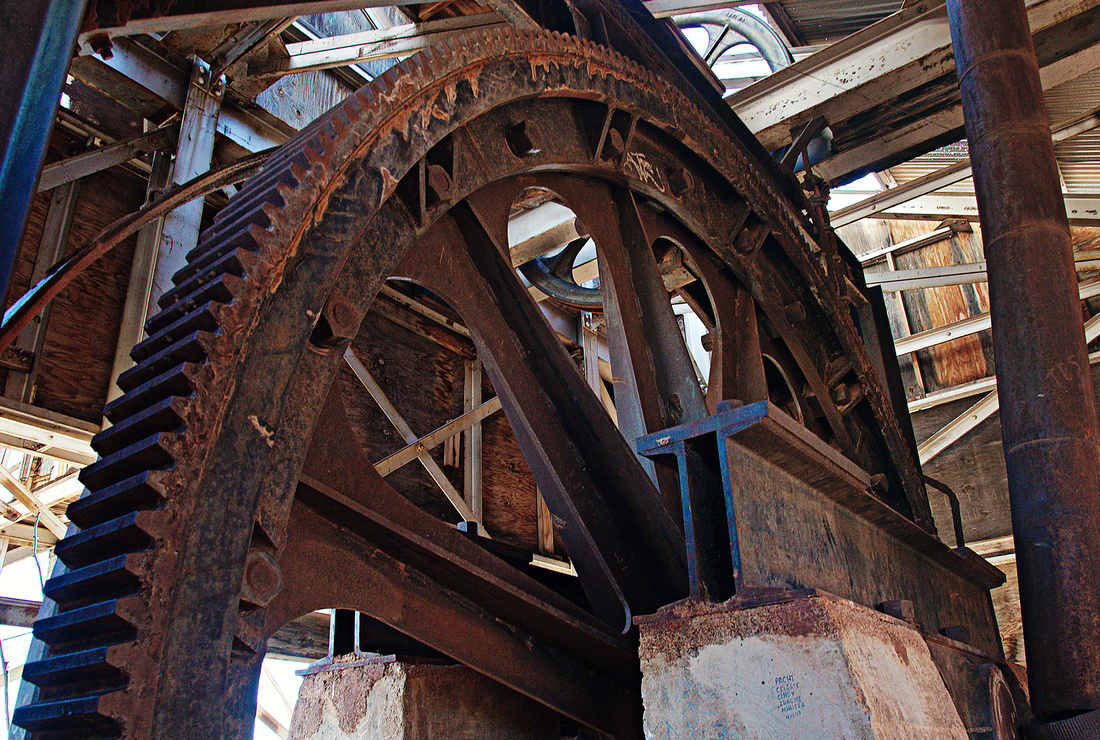 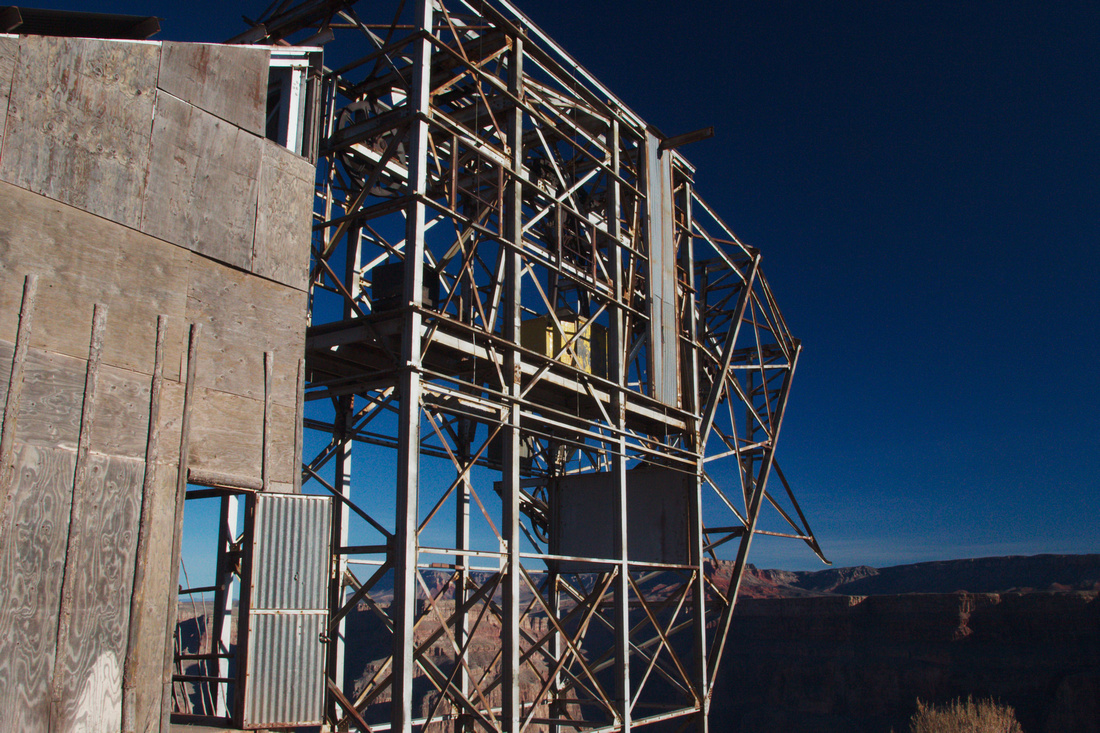 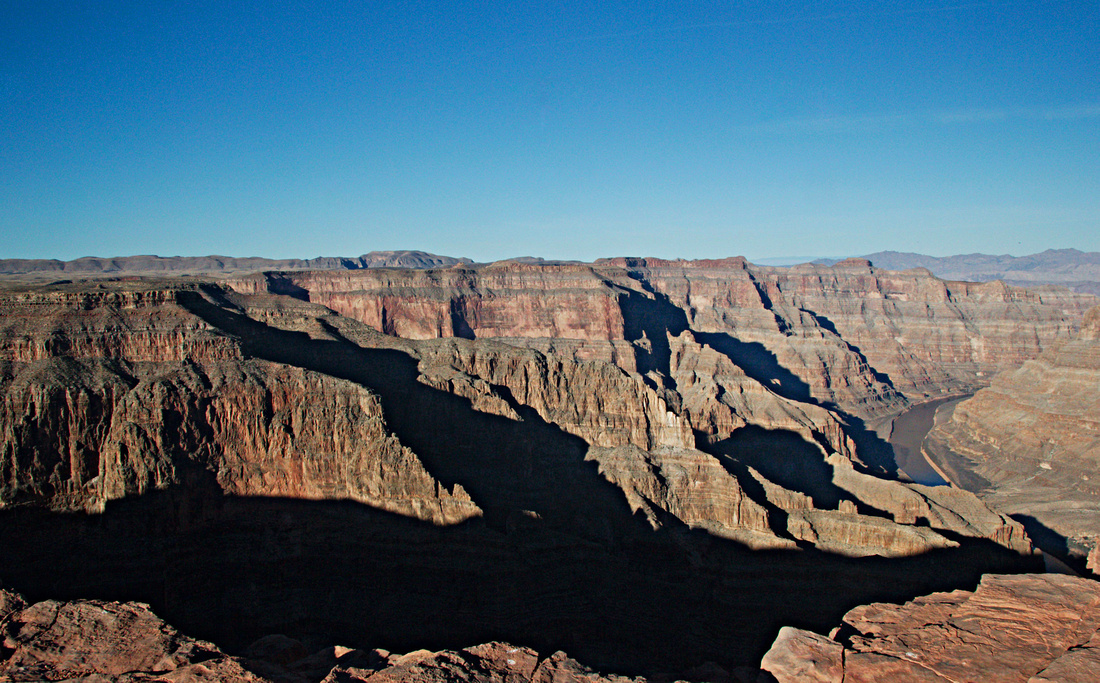 view from the top of Guano Point 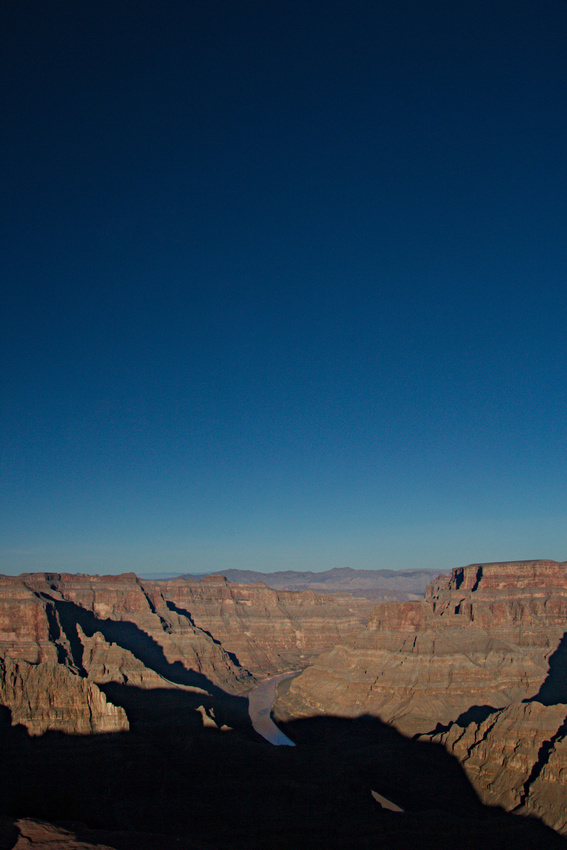 There are no guard rails or fences to stop you from tumbling down the cliffs. Makes it feel like a real adventure. 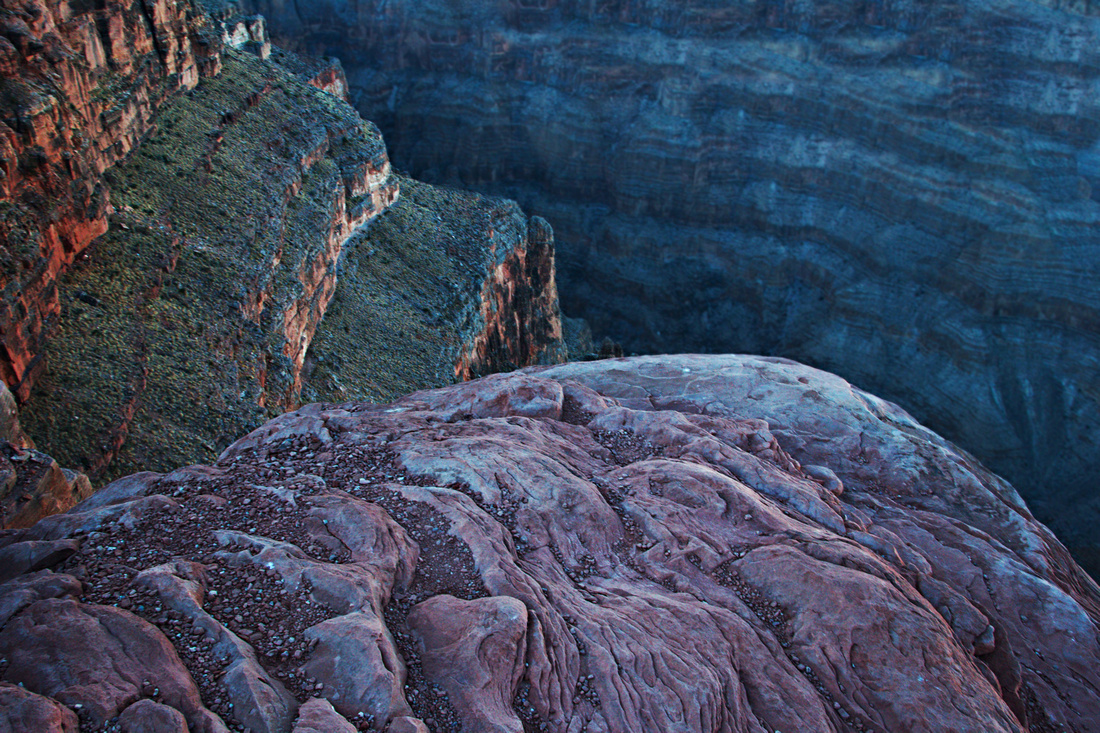 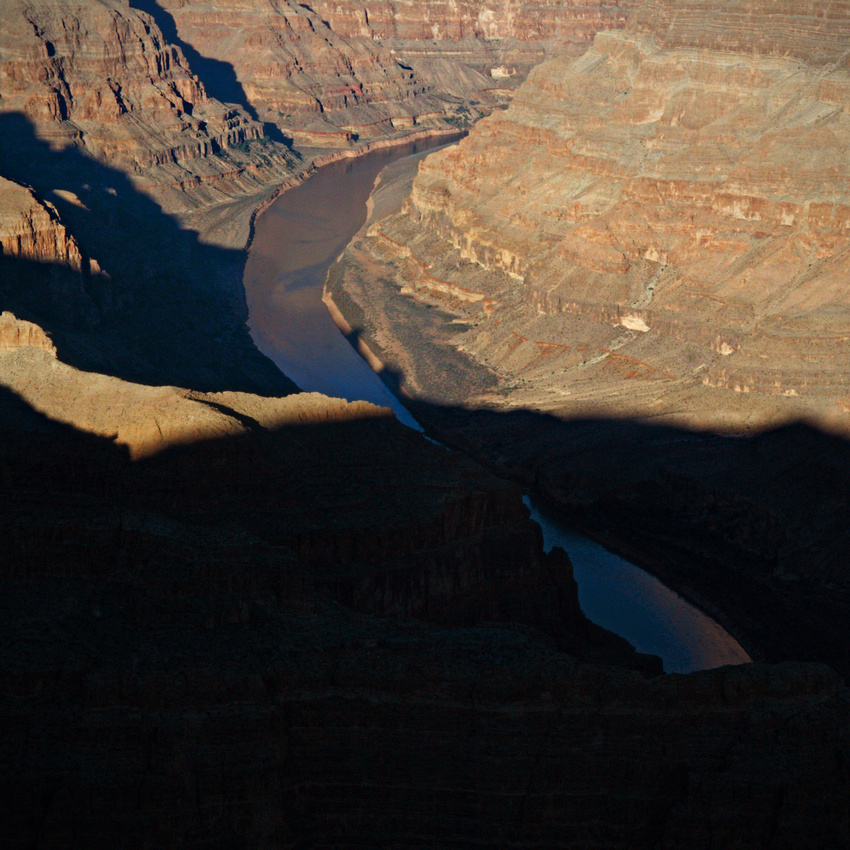 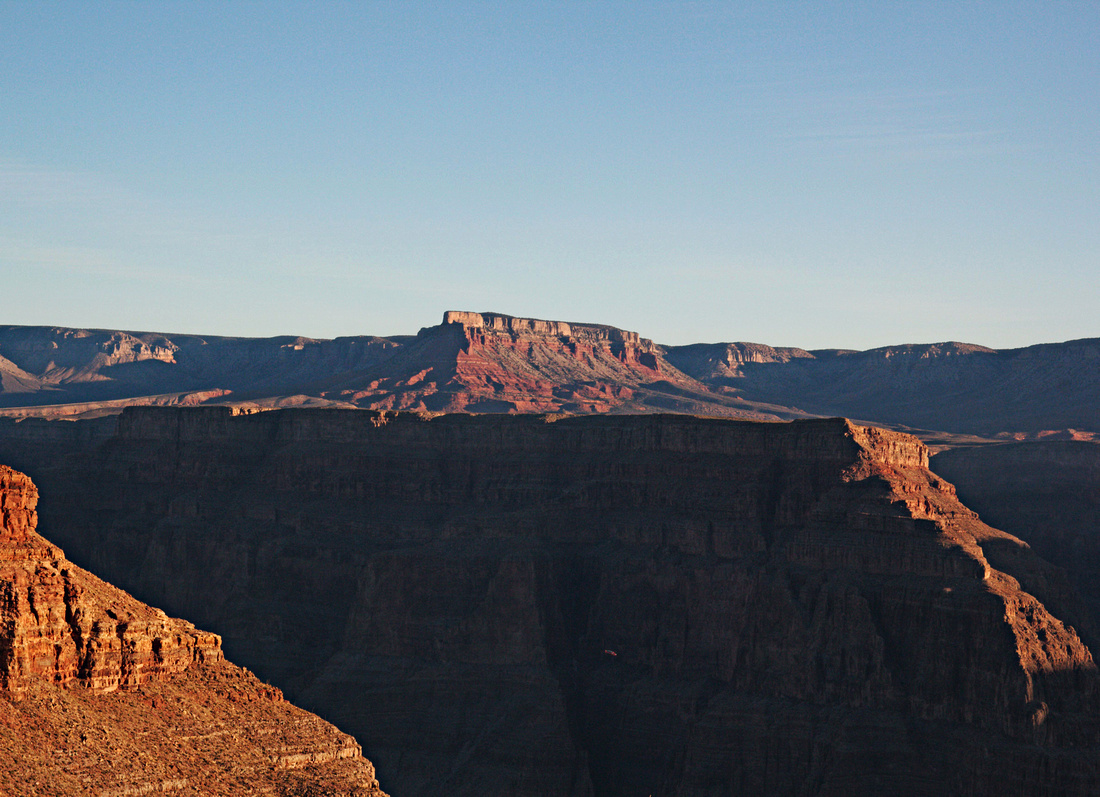 It was a great little side trip. Next time I'd go at sunset, just to see the sun hit the other side of the mountains. Maybe bring along some dramamine so I could take one of those crazy helicopter rides.

As ever, thanks for the visit!