After a quick visit by some relatives, the only thing I wanted to do today was get out to Taavolagården and have fika for breakfast. I've been waiting two whole years to get back to my favorite cafe in the world! The Vikings had a coconut slice and a gingerbread slice and I had this chocolate beauty. With the frosty windows and hot coffee, Christmas lights and the snow outside, it was all as cozy and magical as I remembered. We had a quick tour of the Loppis, or flea market. Those windows are always perfectly etched with ice as if Elsa herself just came through. In case you're wondering, yes. Yes we are very, very cold.

We had to run a few errands, including a trip to Finland for the Christmas ham. It's only a two minute drive across the border to the big mall with the right kind of hams, so, not as tall an order as it sounds. The Swedish grocery was good too: the Viking made a friend in the bread section. We drove into bustling downtown Haparanda to check out this antique shop, H.M. Hermanson. It's never been open when we've visited before and we were so excited to see inside. It was a traditional general store, and it's been frozen in time. Else Maj explains that three bachelor brothers ran it together their entire lives. It was purchased some years ago and the new owners restored the building. The interior has been preserved and is as it was in 1905. 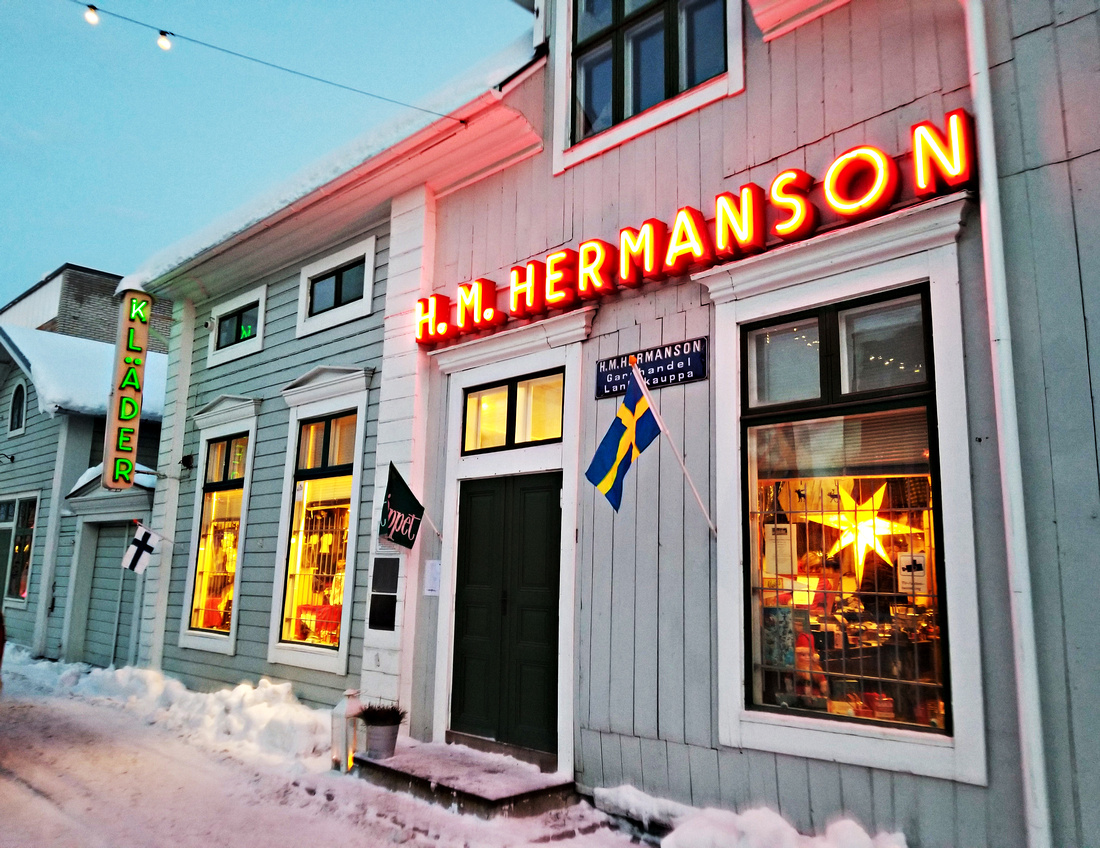 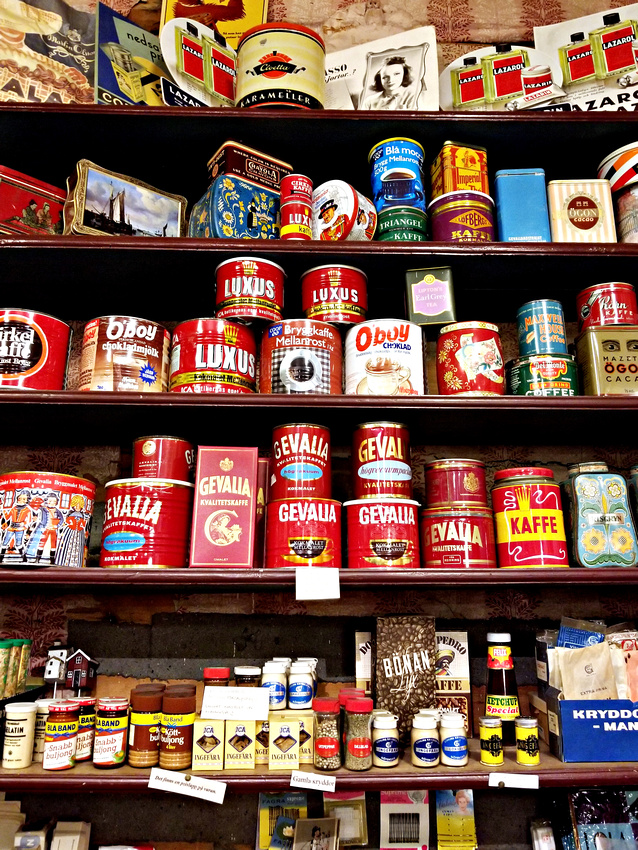 By the time we got to the city center it was already going dark, at about 2 pm. But the lights everywhere keep it bright and welcoming. I always take a photo of the giant town Christmas tree and the Stadshotellet each visit; it's so lovely. We may try to go inside the hotel tomorrow and see what it's like. A quick stop by Gudruns Blommor & Blad to pick up some flowers for Viking mamma. I wanted to get all of them! 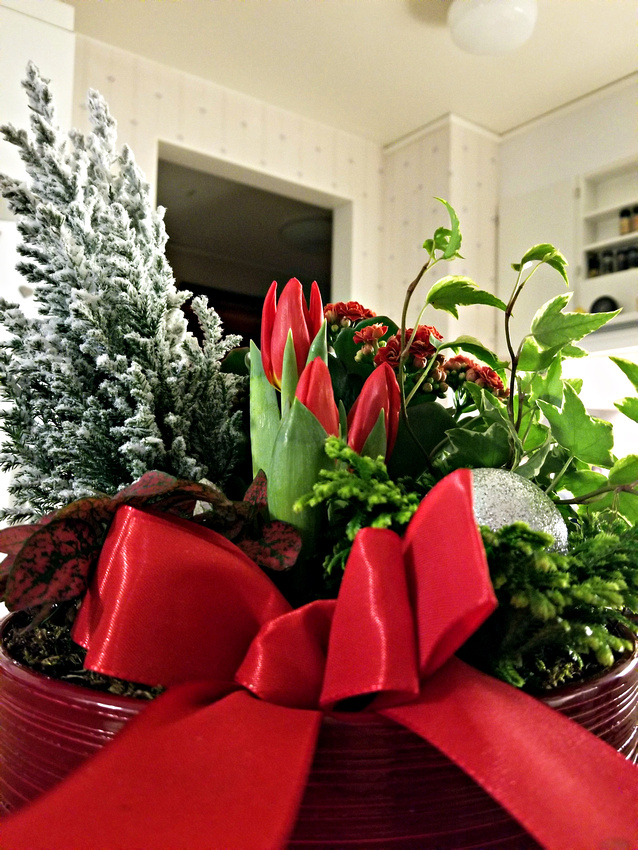 Just outside the shop: even though the sun goes down early, the streets are all decorated and the electric blue dusk goes on for hours. 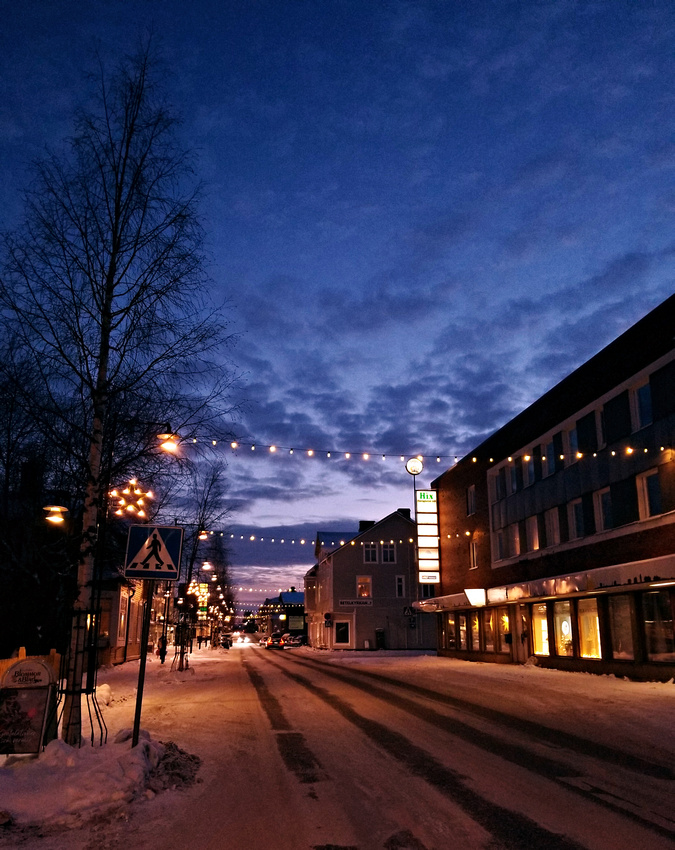 I have to add this adorable Santa the nextdoor neighbor has on their porch. He's the cutest! 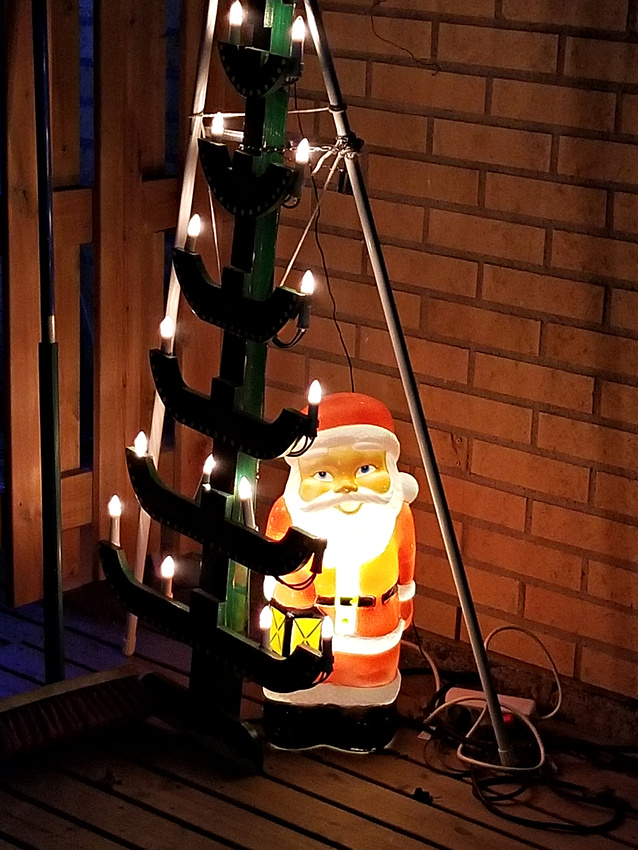 I'm not even ashamed to share this parking lot photo of the absolutely insane moon we had out there tonight. It was breathtaking and ginormous when it came up, and stayed huge for a very long time.

That's what she said. As we came in and shed our boots and coats, Robert pointed out this hanger. It's basically an antique, from a time when the business's phone number was only two digits. Can you imagine? Call me later! My number is 61. Viking mamma tells me her phone number used to be 27. Last but not least, I'd like to politely suggest that we adopt a Swedish tradition: the box of chocolates. Here in Sweden the family always has a nice box of chocolates out for everyone to share. Maybe people do this in the states, but not in my family or any of my friends' families. This year we got a couple and this new one to try. It's very pretty, but not too pretty to eat. As always, thanks for coming along with me! We're watching aurora and weather forecasts closely and have some really fun ideas for this year's sparklers in the forest. Stay tuned!