Kiasma & the art of Mona Hatoum

This is Kiasma, the contemporary art museum, part of the Finnish National Gallery. 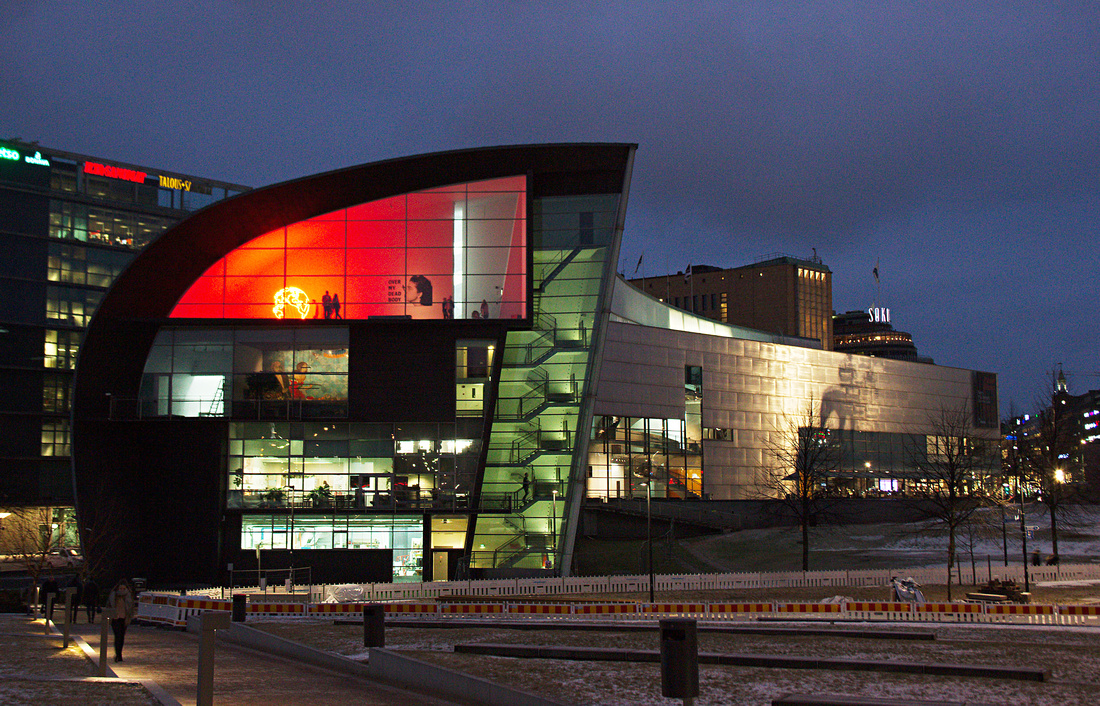 Designed by Steven Holl, it was opened in 1998, housing five floors of exhibitions, events, and a theater. Its unique architecture is breathtaking, both inside and out. From the website:

Kiasma is Finnish for chiasma, a term that describes the crossing of nerves or tendons or the intertwining of two chromatids, the thread-like strands of a chromosome. The name is a fitting symbol for a museum of contemporary art: Kiasma is a place of encounters. It is an arena for the exchange of opinions and the redefinition of art and culture. 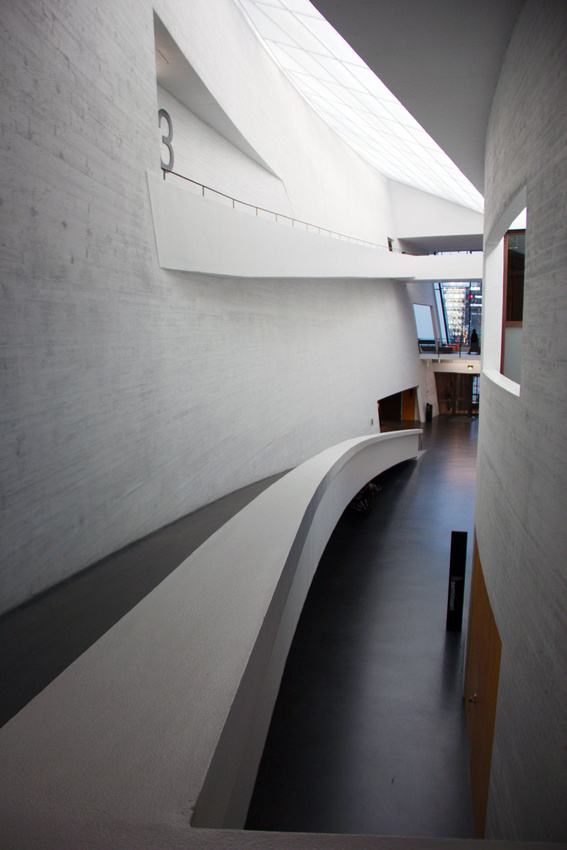 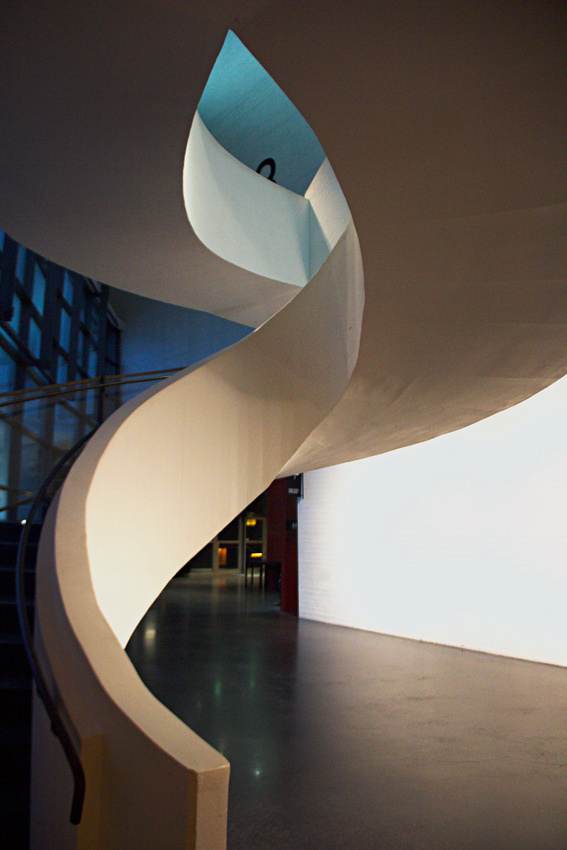 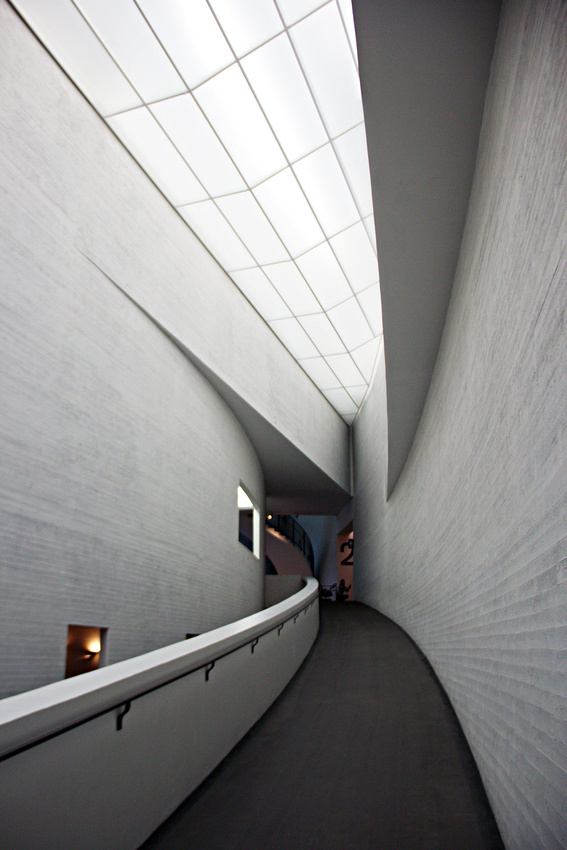 There are two main exhibitions on now. The first is After the Turmoil, by Meeri Koutaniemi and Arman Alizad. The exhibit was very personal and some was disturbing, so I didn't take any photos, but their work is worth looking into and I hope this exhibit makes its way to the states. From the website:

After the Turmoil is an exhibition about survival. It is about people who have endured great suffering yet who refuse to play the role of the victim. Instead, they have become proactive change-makers in their community.

The photographs and installations by Meeri Koutaniemi displayed in three rooms on this floor portray violence targeted at women in India and Kenya and refugees in Thailand and other parts of the world. They spotlight individuals who have risen up and defied physical and structural violence and discrimination.

The second exhibit, spanning two floors, is an overview of the various works of an artist that is new to me, Mona Hatoum. Hatoum was born in Beirut in 1952 to Palestinian parents. While on a trip to London in 1975, civil war broke out in Lebanon and she could not go home. She stayed in London, attended art schools, and is now a British citizen. The exhibit has photography, art installation, sculpture, works on paper, and video of her performance art. Again from Kiasma:

Hatoum creates poetic and often political works that comment on the state of the world at large. Her works are characterised by an unusual choice of materials and the use of elements such as light, electricity and magnetism.

From the outside of Kiasma, you can see the red globe on the top floor. It is Hatoum's Hot Spot, a play on the term "hot spot" referring to an area of civil or military unrest showing the entire world as a danger zone. Timely. 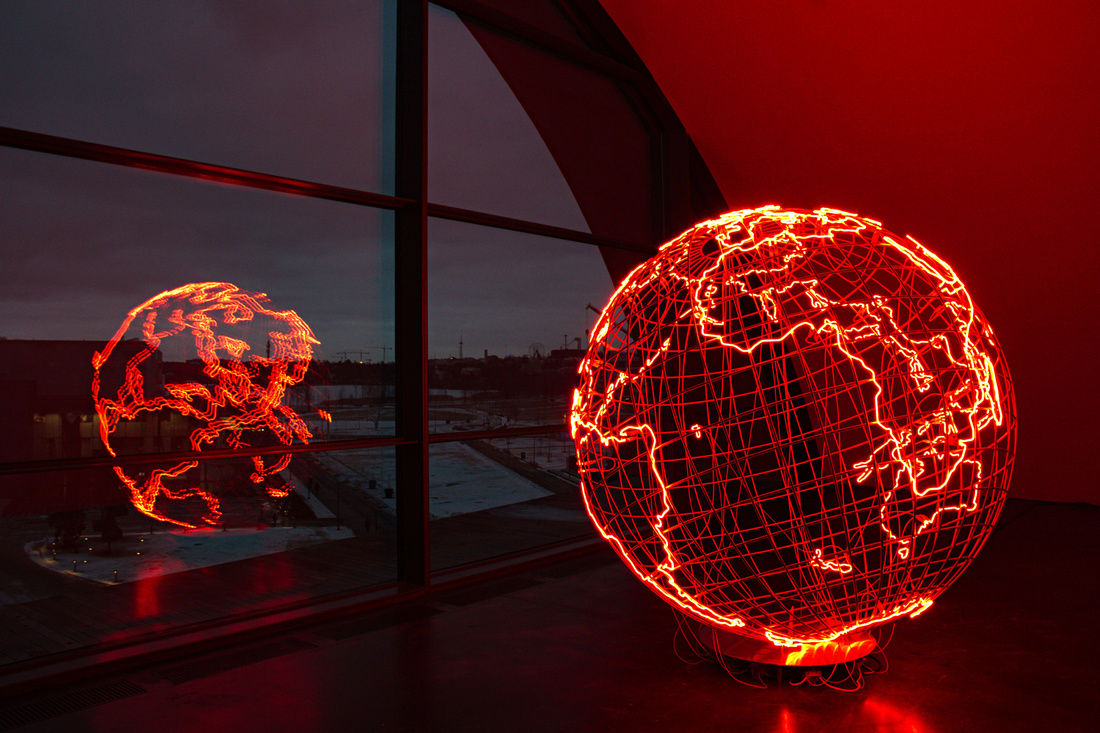 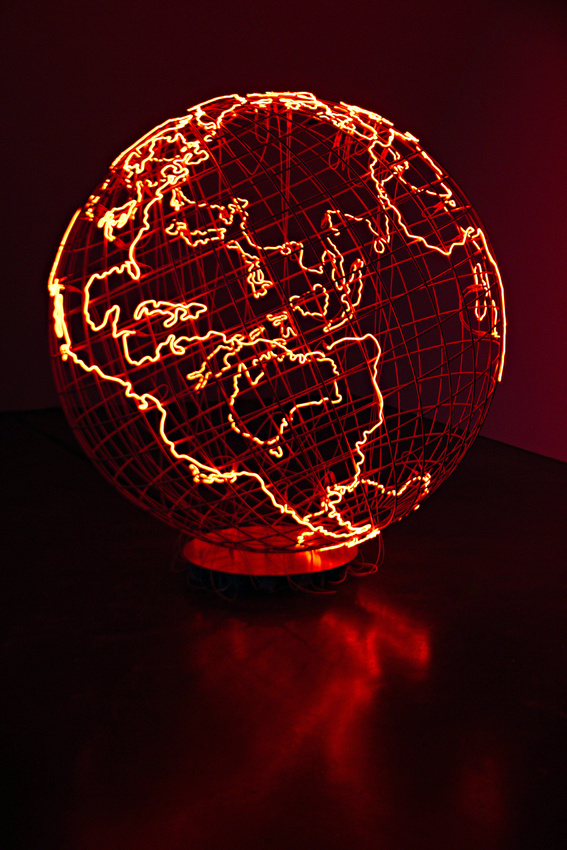 In the same room is Over My Dead Body: a photo of Hatoum with a toy soldier on her nose. According to the text accompanying this, in her words, she is "reducing the symbol of masculinity to a small creature, like a fly, that one can flick off." In addition to being awesome, she looks like my friend Veronica. 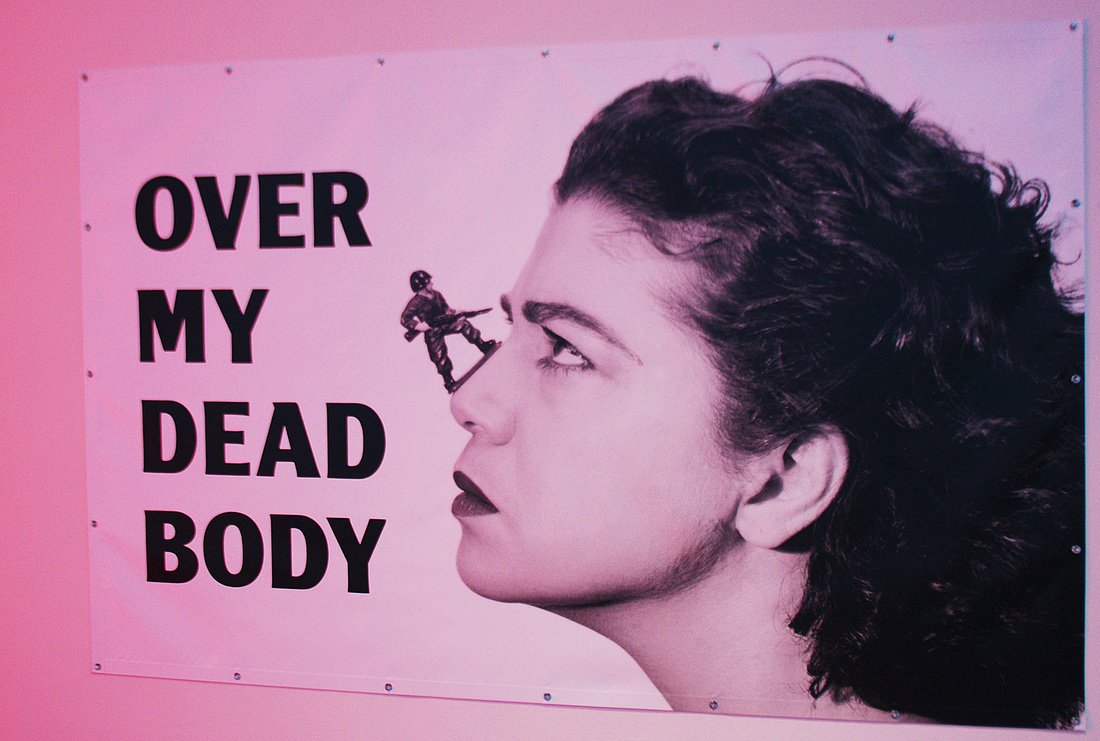 Mona Hatoum's Over My Dead Body

Cellules is an eight-piece installation with cages holding melting/oozing red melted glass shapes, a play on the word "cell." The cages are all a little crooked as well. The whole thing both draws me in and makes me uncomfortable. In a good way. 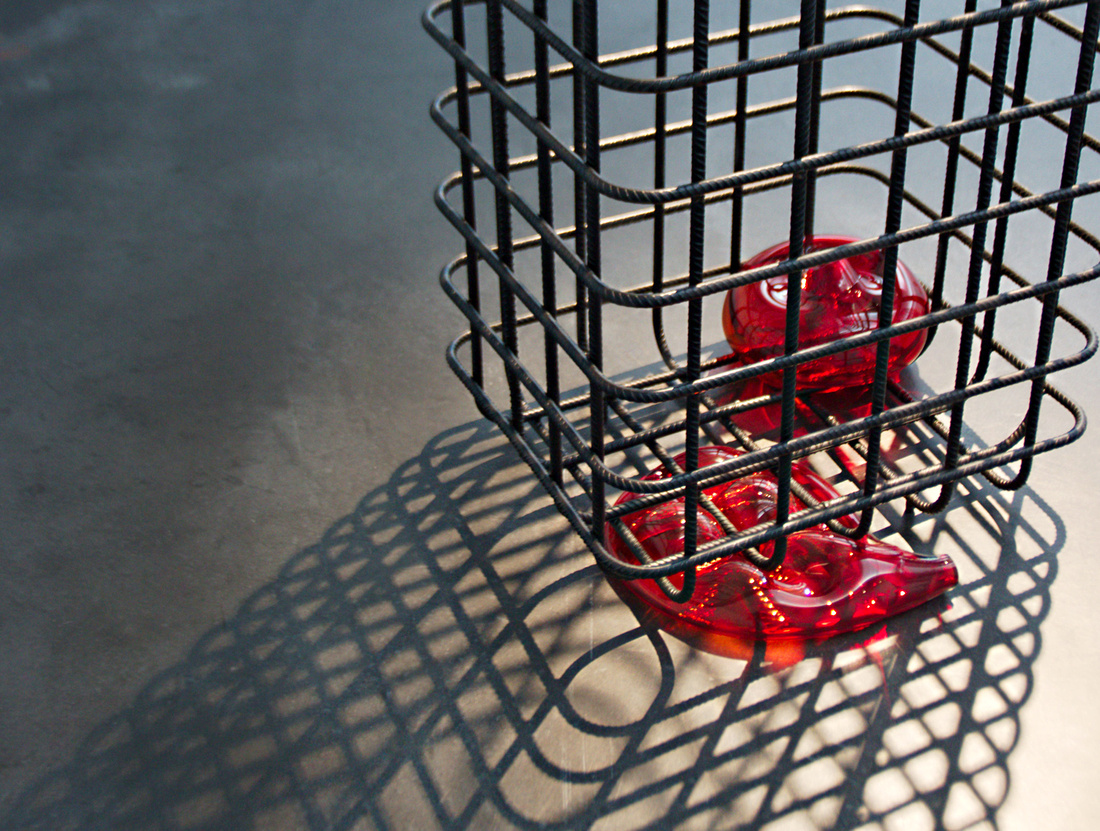 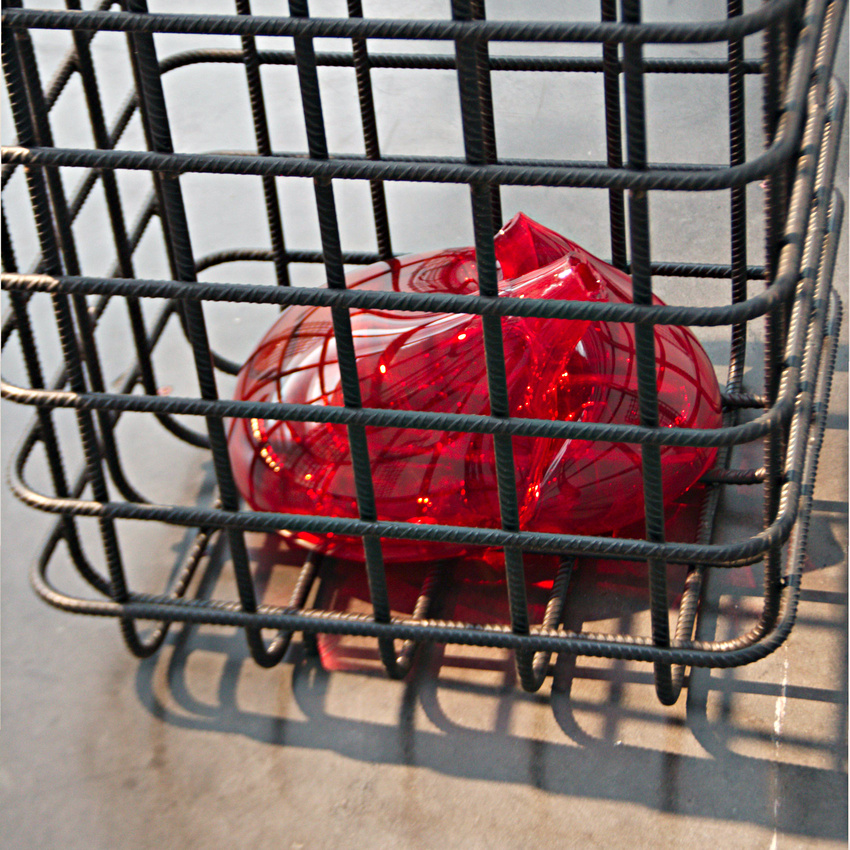 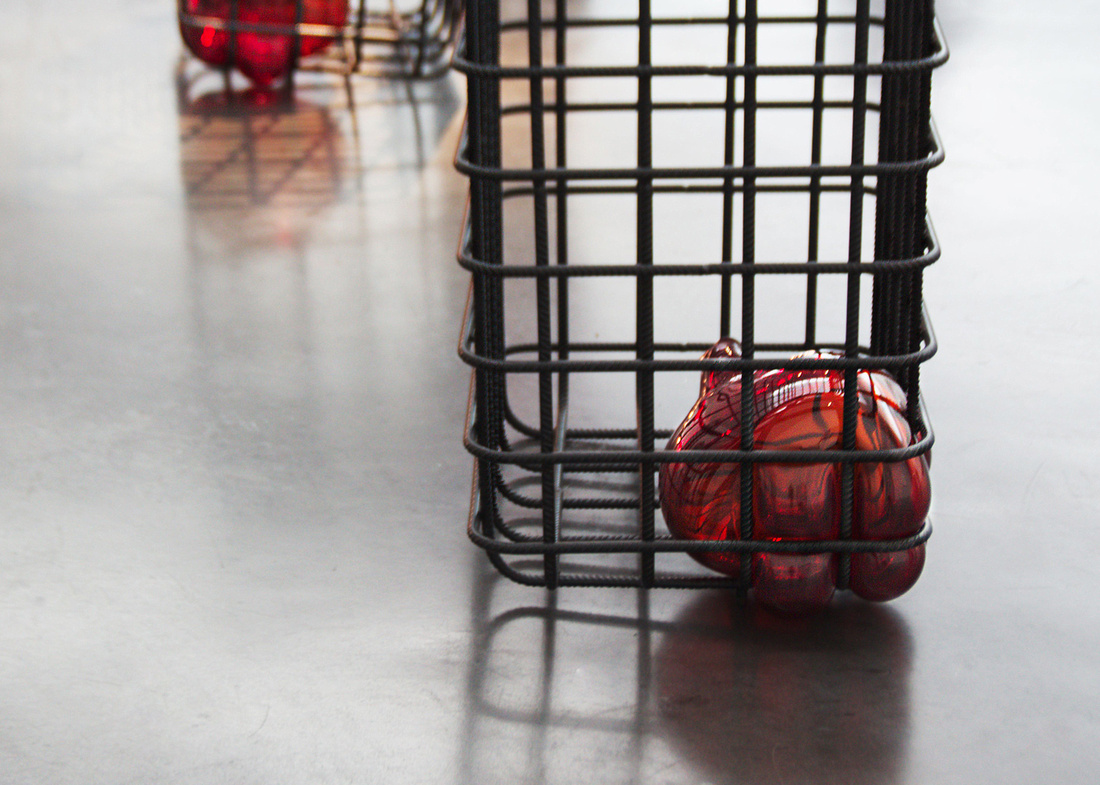 Undercurrent is a sprawling piece, a woven mat with cables extending out, each ending in a light bulb. What you can't see in the photo is that the lights slowly fade from bright to dim then bright again at about the pace of breathing in and out, making it seem like a living organism. 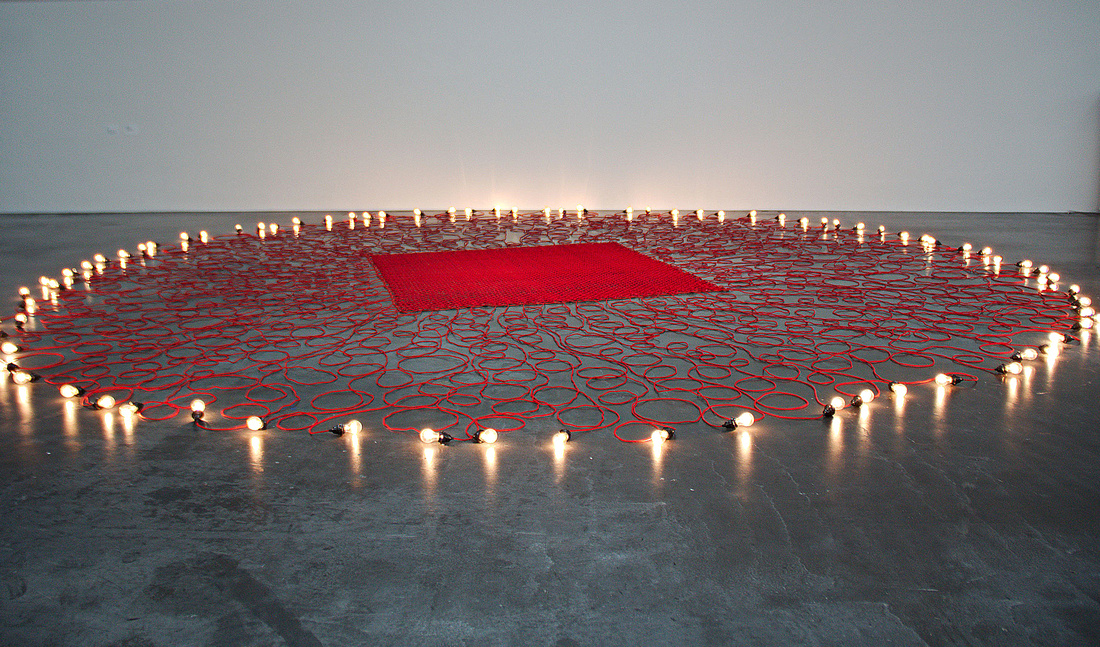 Natura morta is a medicine cabinet filled with beautiful glass hand grenades. The title "natura morta" literally translates to still life. This woman plays on words like a baus, and these grenades look deadly gorgeous. 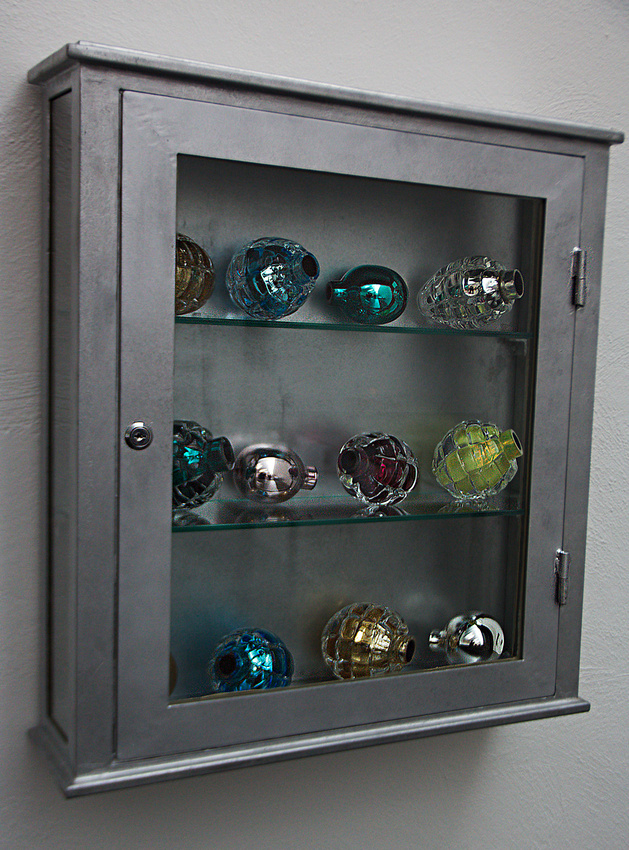 Lastly, Map is another huge installation, covering an entire room with glass marbles to form a map of the world. The marbles aren't fixed to the floor, so vibrations from footsteps can shift the shape, and at the same time they make the room unsafe to walk through (not that you are allowed to). Per the text with the work, "they portray a world with unstable boundaries, shifting borders and a shaky geography." I love this. 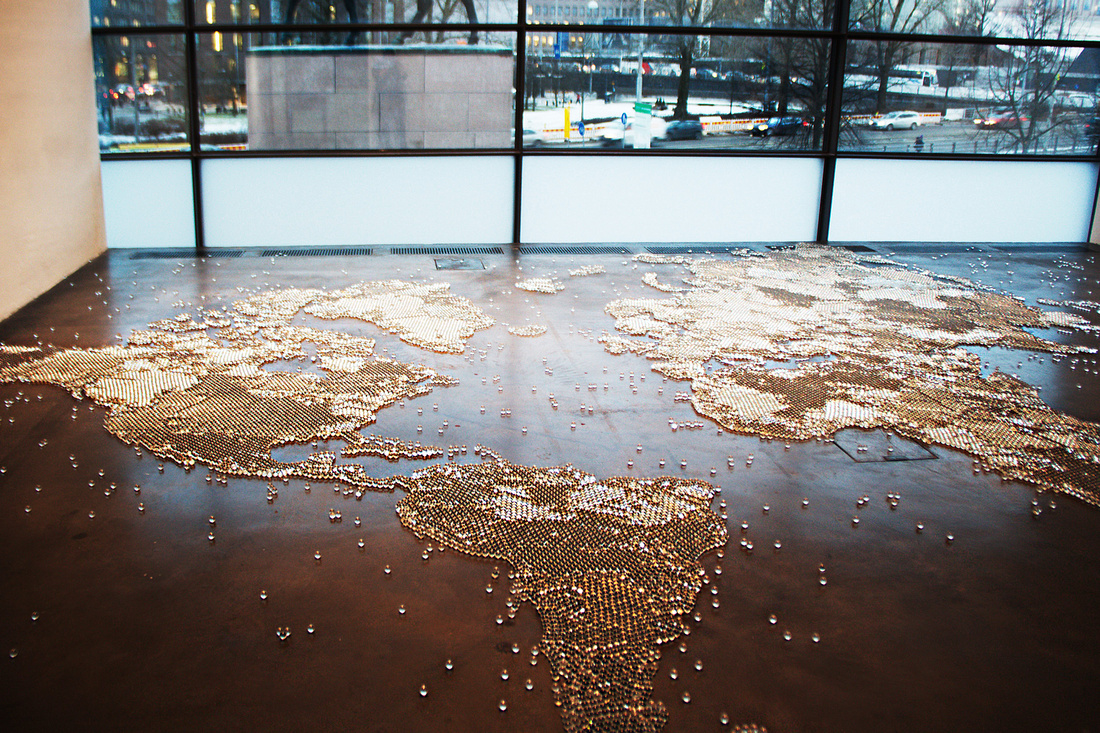 I've got one day left and time for one more museum tomorrow. There is a Modigliani exhibit just around the corner that has my name all over it. The weather has been complete shit, so I'm thrilled that the art, the city, the food and the company have been so phenomenal.