​The last thing we did on Christmas was go to the cemetery to light candles for Robert's family members who have passed. After we lit candles at the graves, we went on to the memory garden. They have a beautiful tradition here at cemeteries, a special place to light candles for people who were cremated and don't have a headstone, or if you are in another town from your loved ones, you may light a candle for them. I think it's the most touching and lovely thing and I always get a little emotional when we go there. 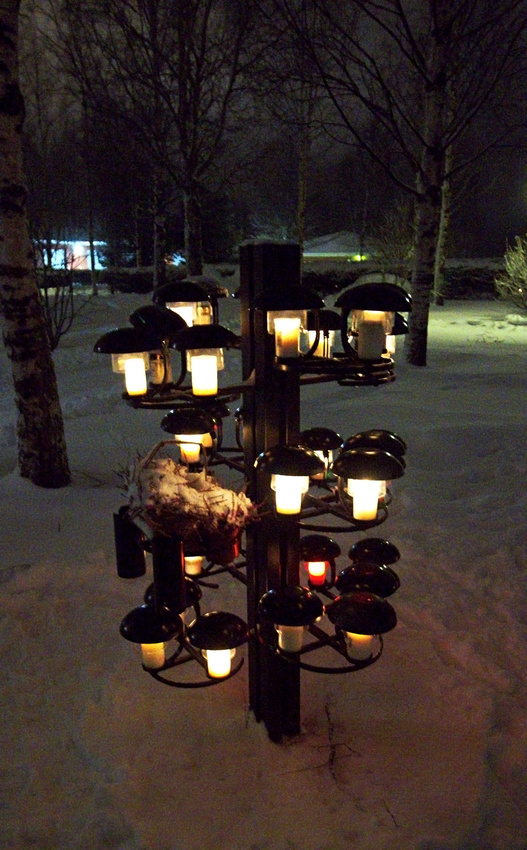 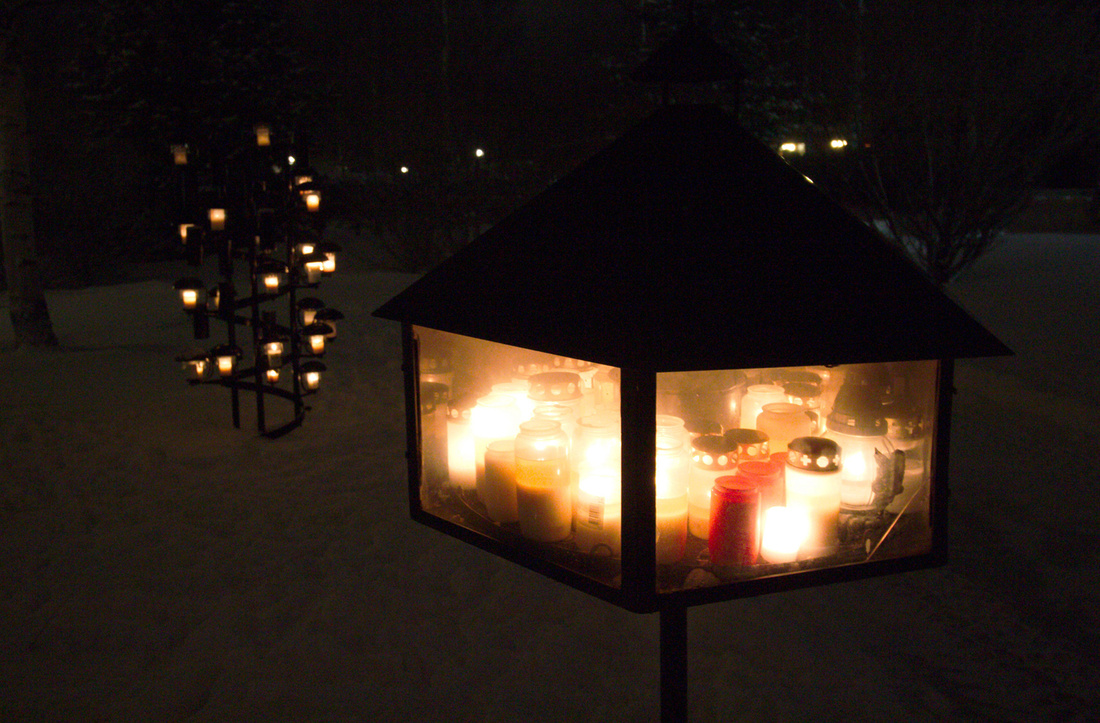 This morning we woke up to -9 C and thick fog as well as maybe half a foot of snow. The ground was so bright and I could see only as far as the store across the street; it was as if a huge cloud settled upon Haparanda. I'd been fiddling with the photos I'd taken of Sydney's gingerbread house but felt unsatisfied. We kept joking about how much it looked like the witch's house in Hansel and Gretel, and it seemed to me that it'd look fantastic out in all that snow. We headed out to the forest to find a place for it. Some squirrels and foxes and birds will have had their holiday treats today. 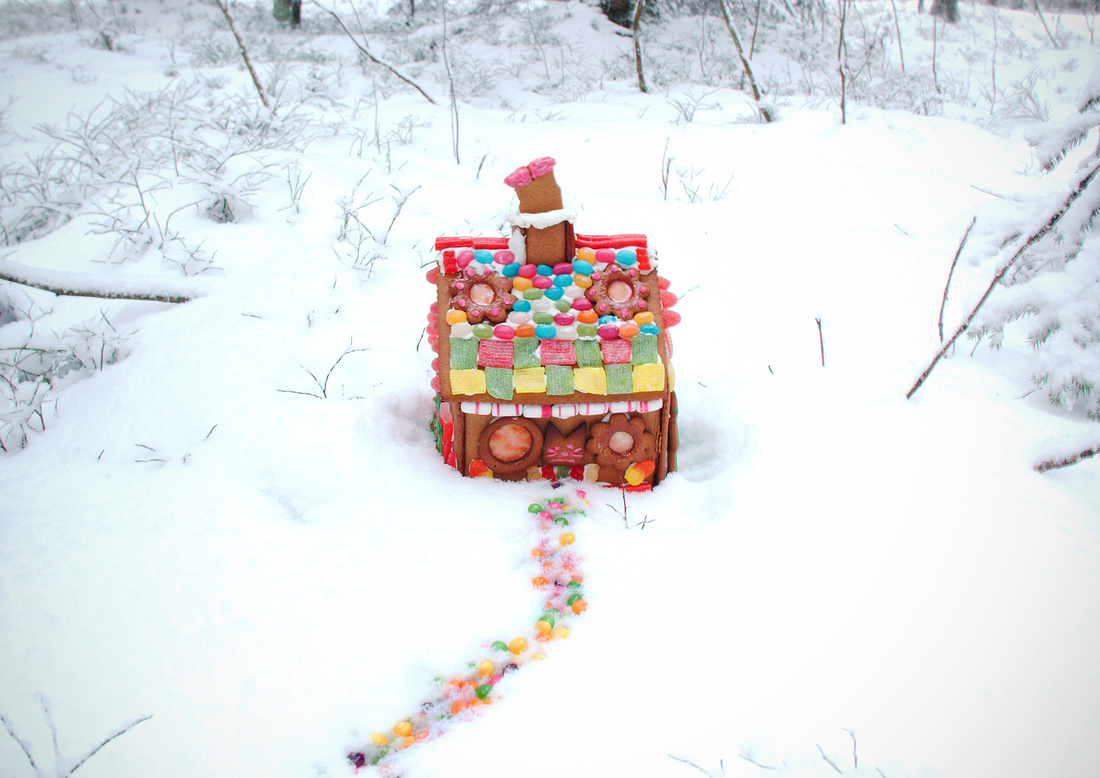 Gingerbread house in the forest

The forest area, Riekkola, just outside the main part of town, was blanketed in snow and the townspeople came to ski and sled on the hills. We just took a short walk through the trees. 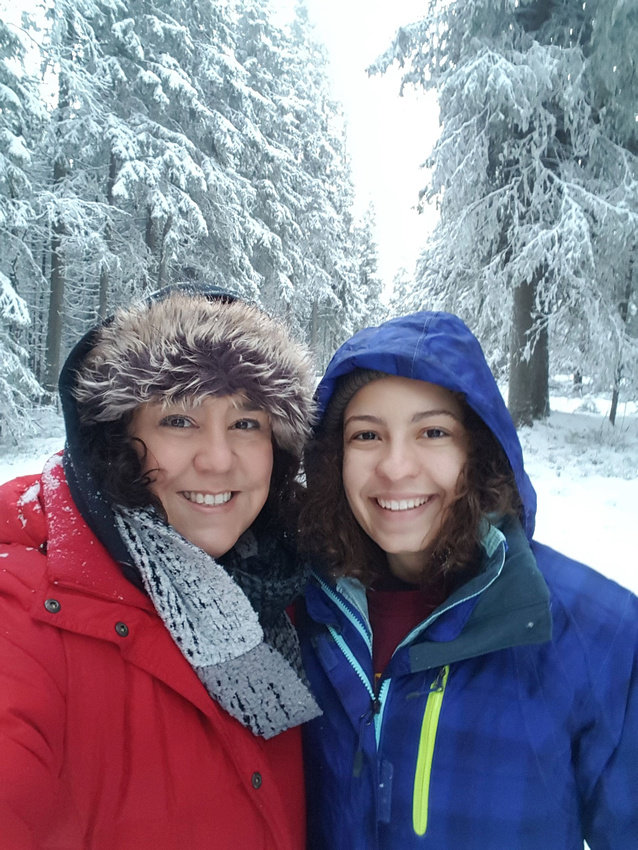 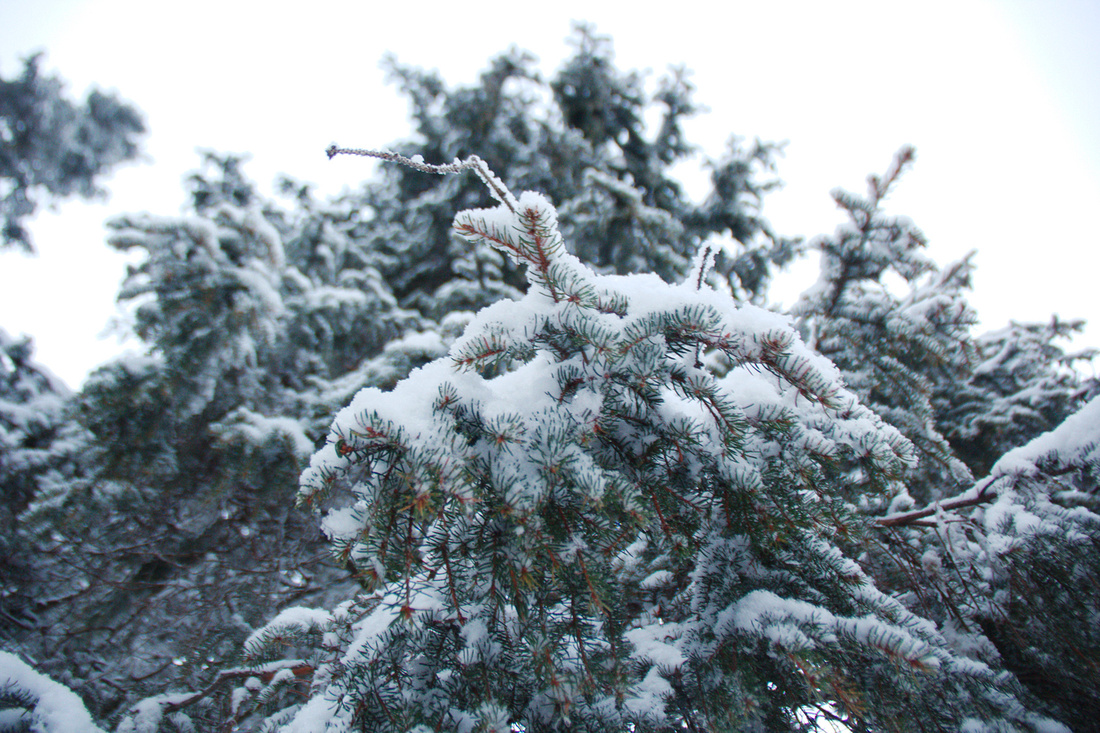 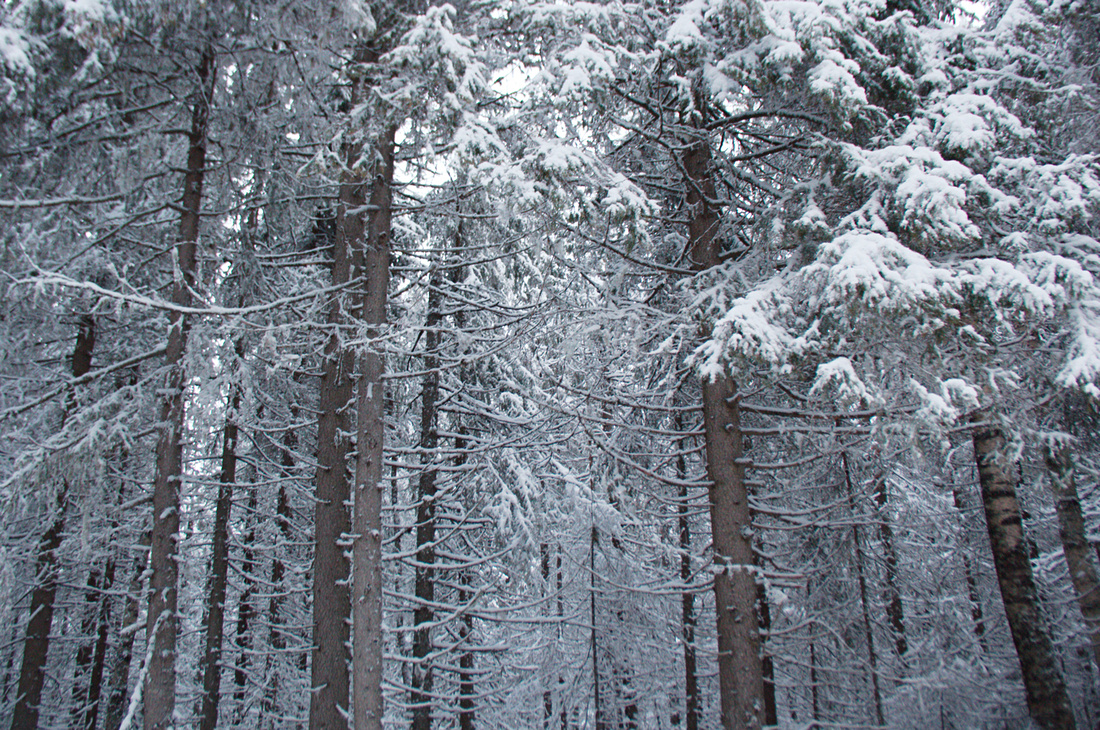 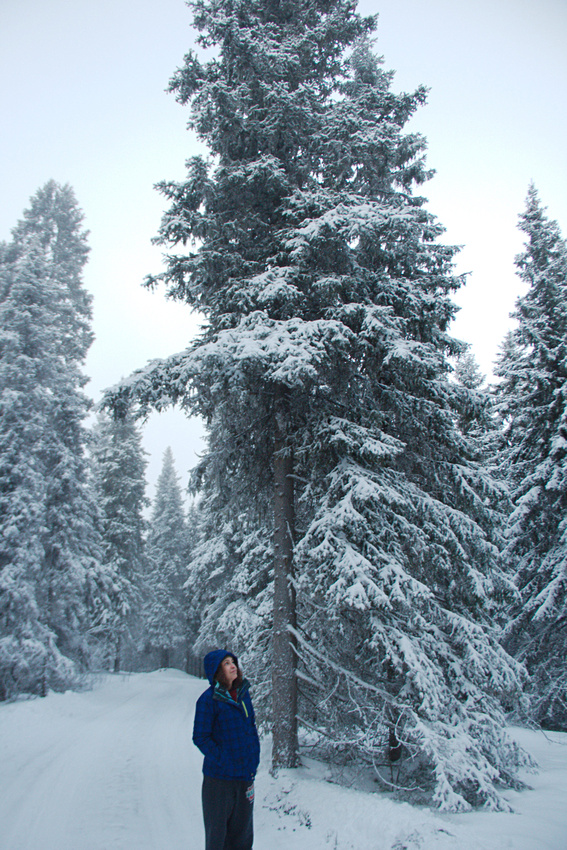 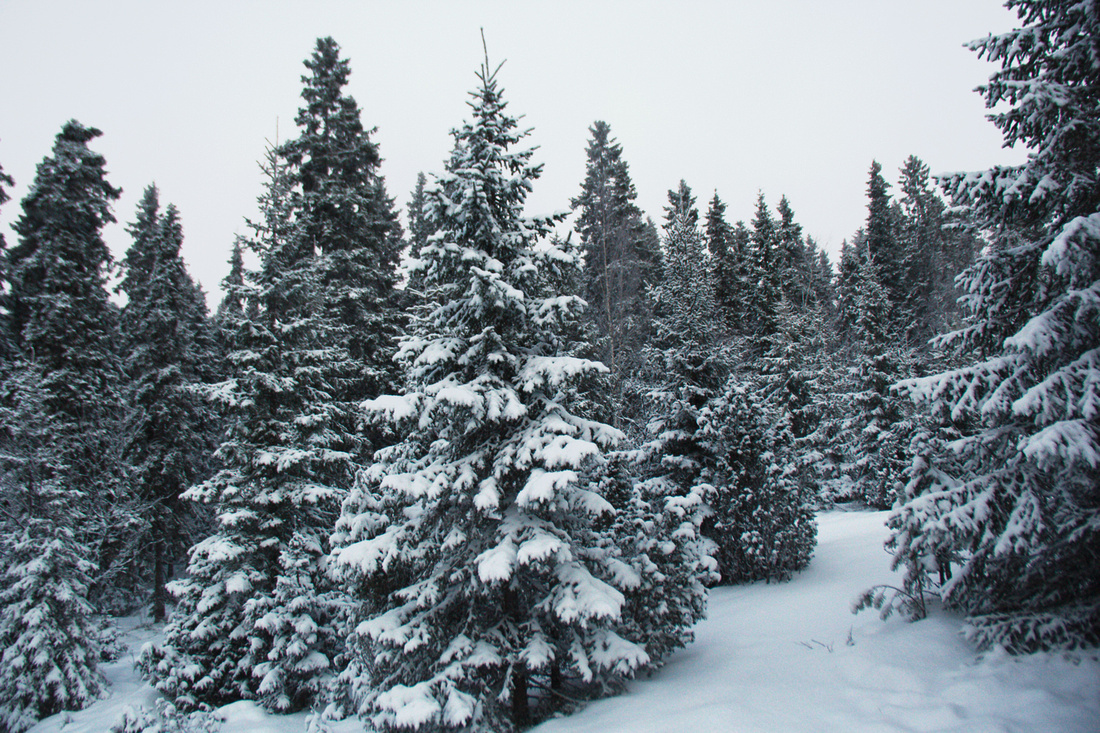 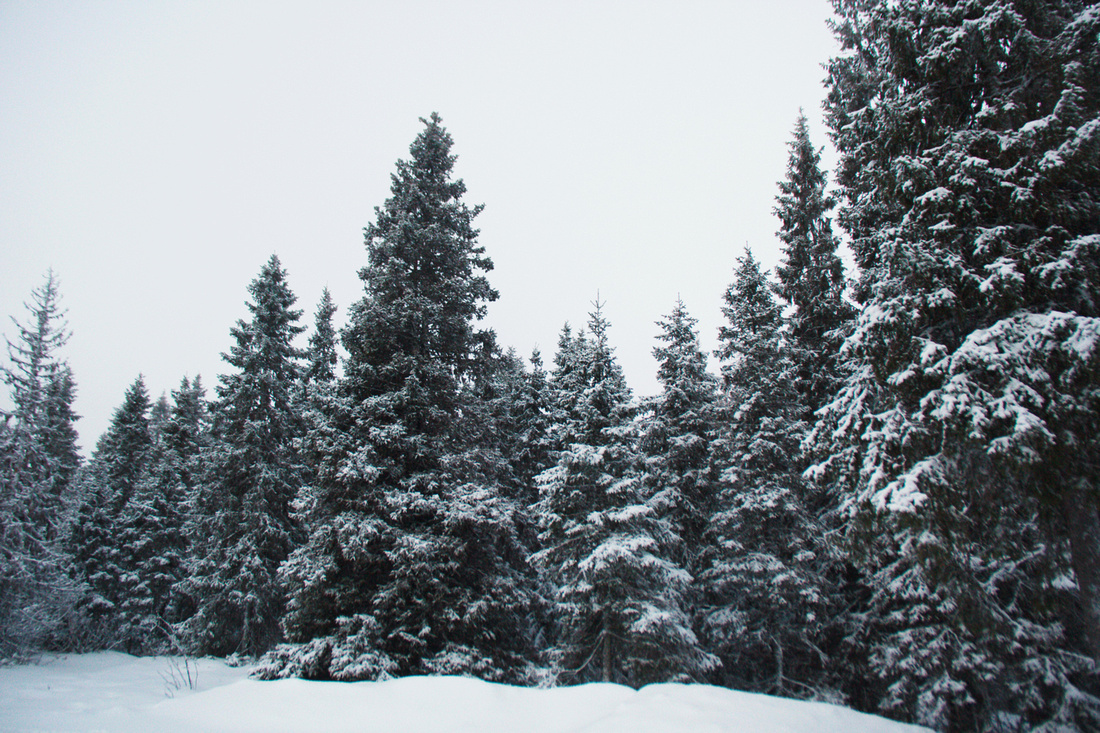 It was so cold today that your breath would turn your hair to frost. 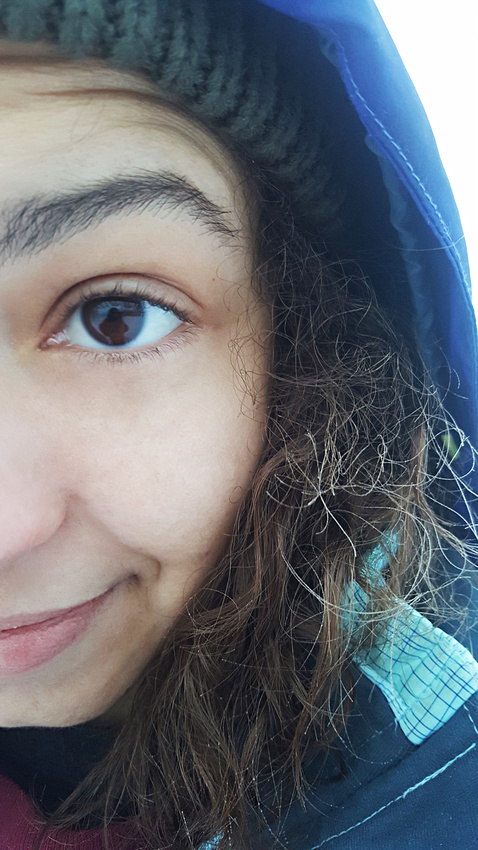 Robert and Roland told us about when they were small and first learned Orienteering in these woods. They would be given a map with waypoints, and the goal is to get through the waypoints in the designated route as quickly as possible. This marker on the tree is one spot along along a designated route. Sydney and I agree that this should be a thing back home! 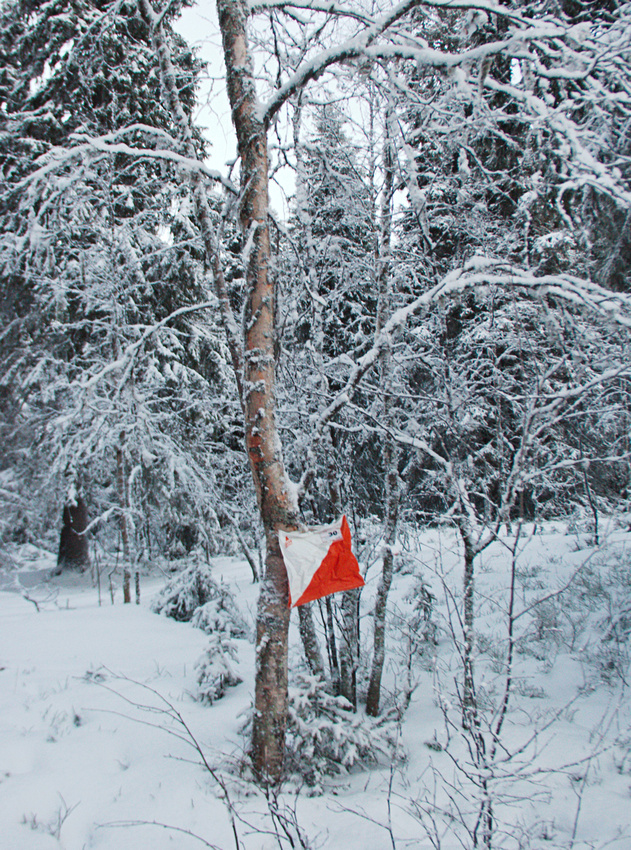 We also stopped at the Haparanda train station, which is actually huge for the size of Haparanda. Roland explained that it was built during the first world war and there was a lot of train traffic then as Sweden was neutral. 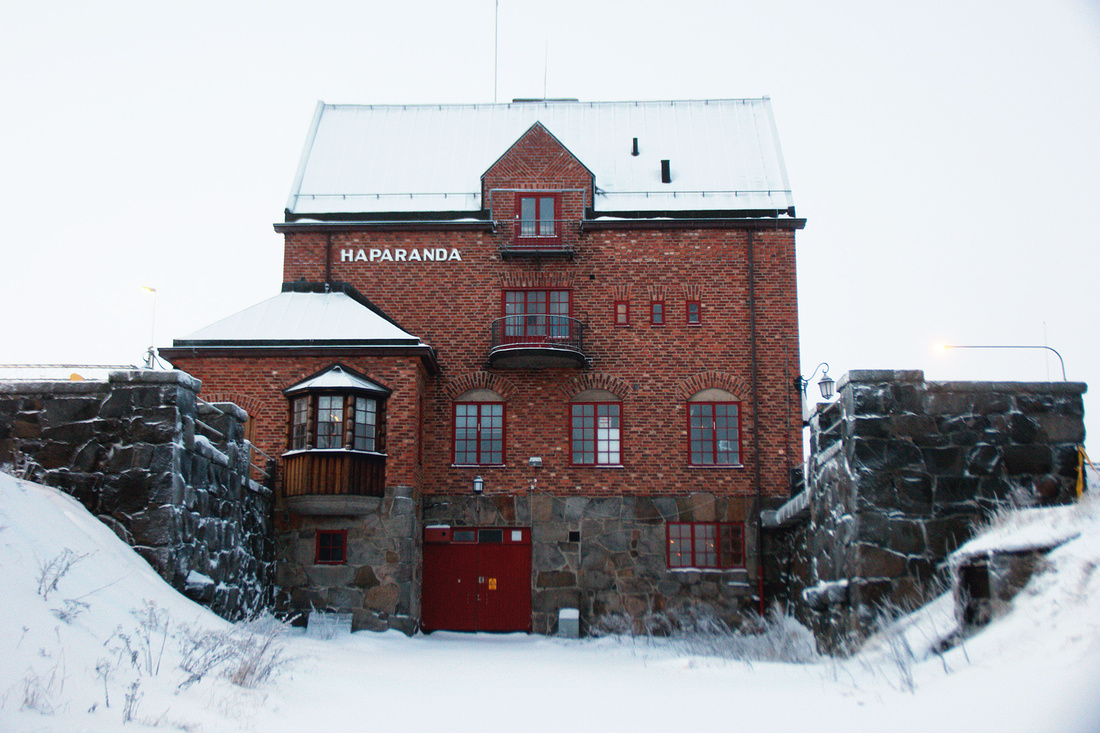 We saw this fantastic Ministry of Silly Walks pedestrian crossing sign in the park. A local artist made a lot of different ones and the town gave the OK to post them, but the police decided they weren't a good idea and most have been taken down. 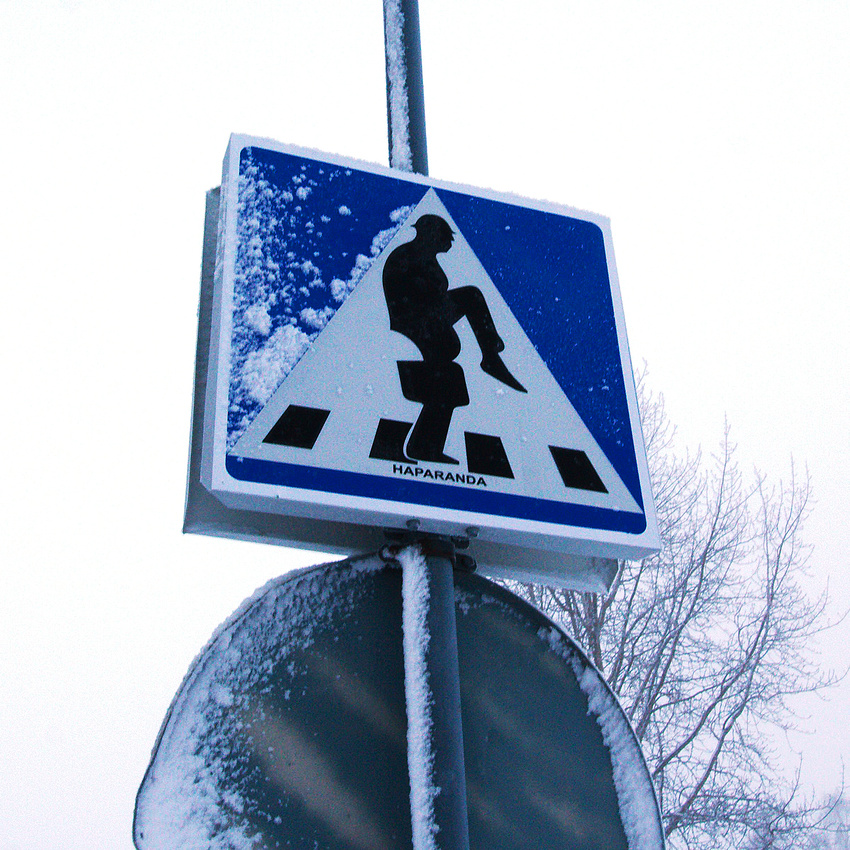 We heard this morning that the Christmas tree in the center of Haparanda was chosen the most beautiful in Norbotten, which is kind of a big deal because Norbotten is HUGE. 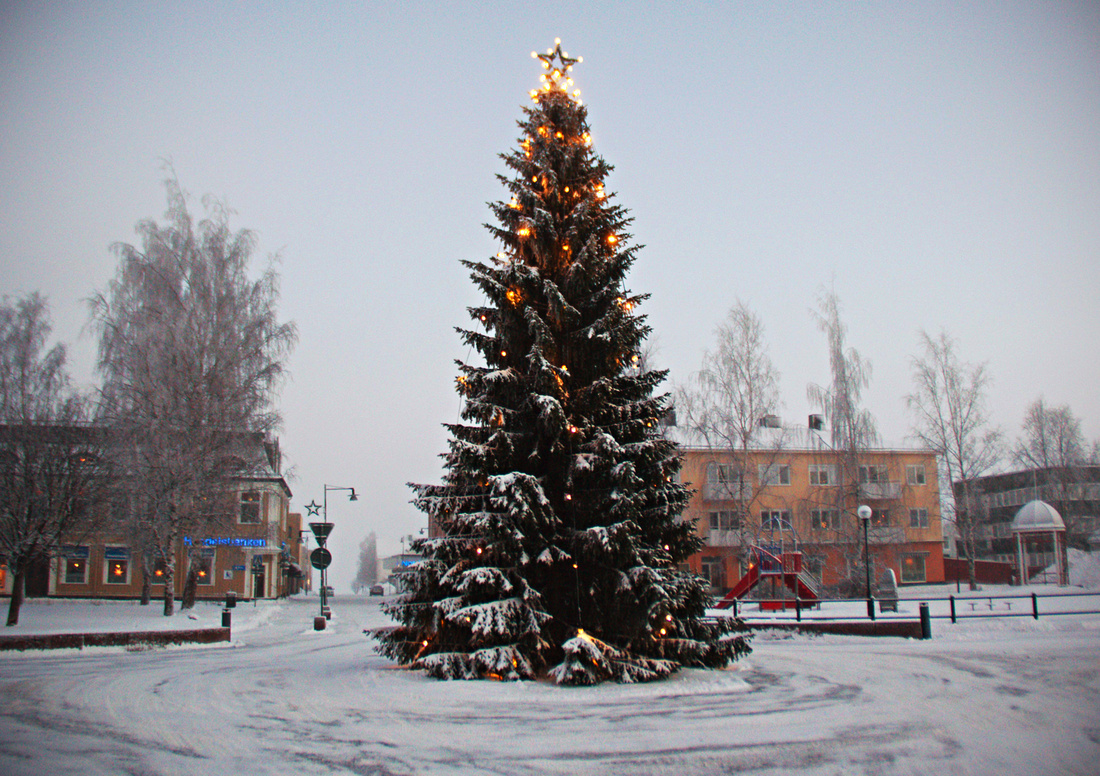 The downtown hotel looked good in snow today, too, and it looks like Santa got stuck on his way up, or got drunk on his way down. Either way, I hope he made his way to everyone's house today! 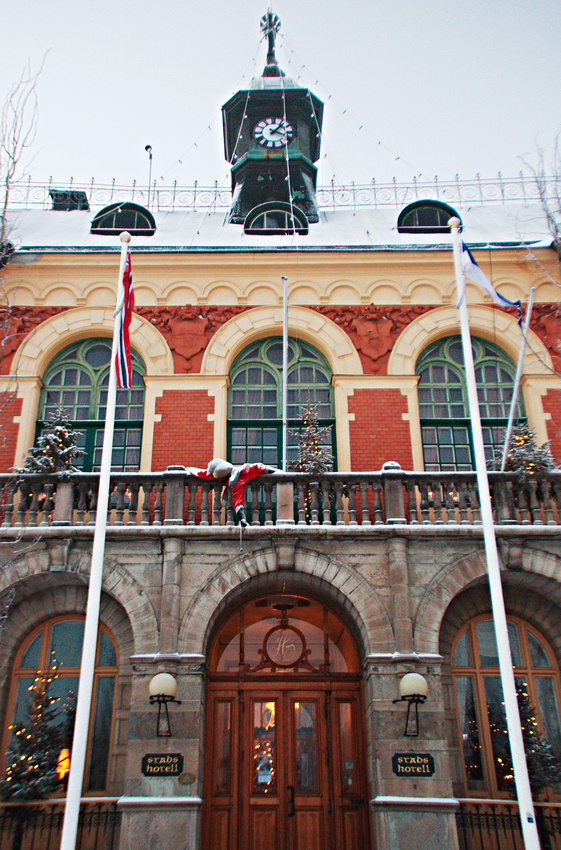