I had so much fun sharing my trip to Sweden, I wanted to keep it going here in LA. Here are some of my favorite ways to spend a day in downtown LA. If you've ever visited me, we did this together. If you haven't, make it happen! We love living here so much, and I have a blast showing the city off to friends and family.

A day downtown for me starts at the Disney Concert Hall. Designed by Frank Gehry, it reminds me of his outdoor amphitheater in Millennium Park back in Chicago. 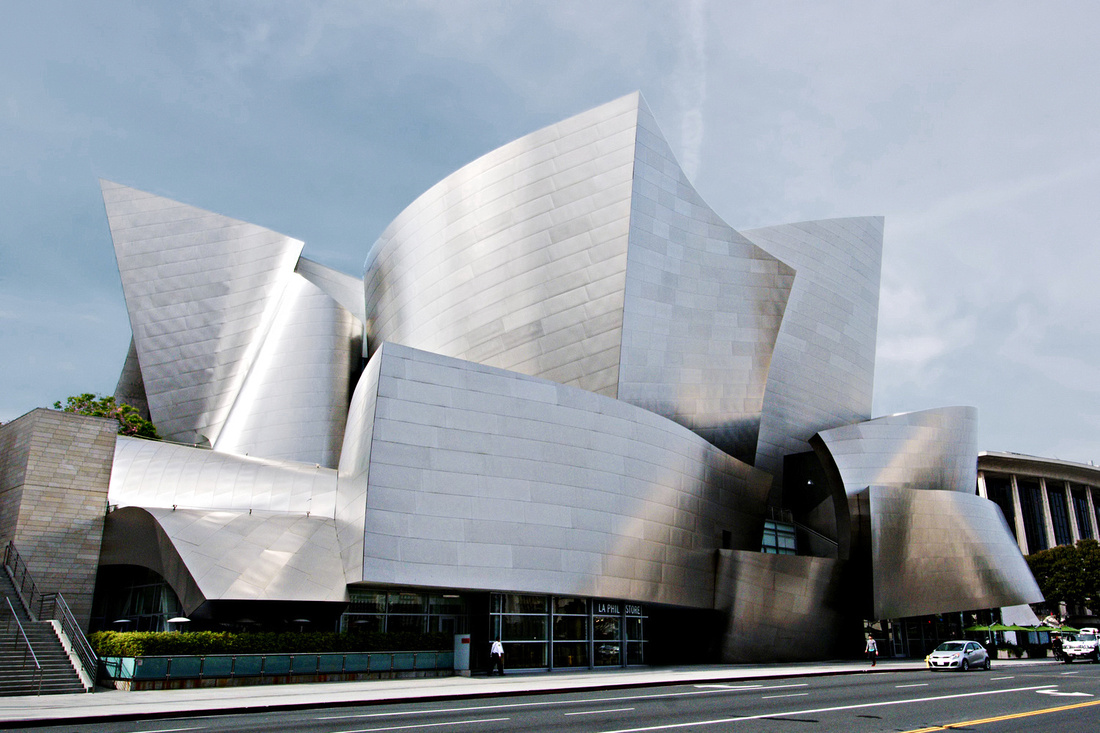 You can walk up and down and all around outside the building. On a clear day, the views are lovely. 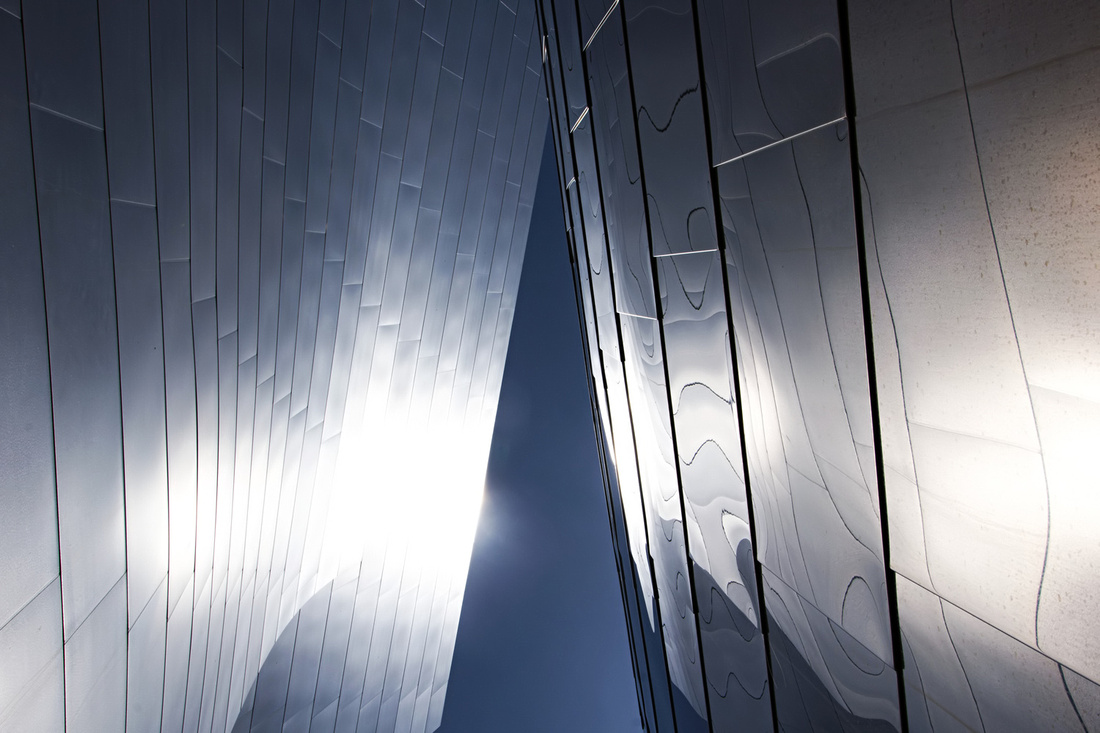 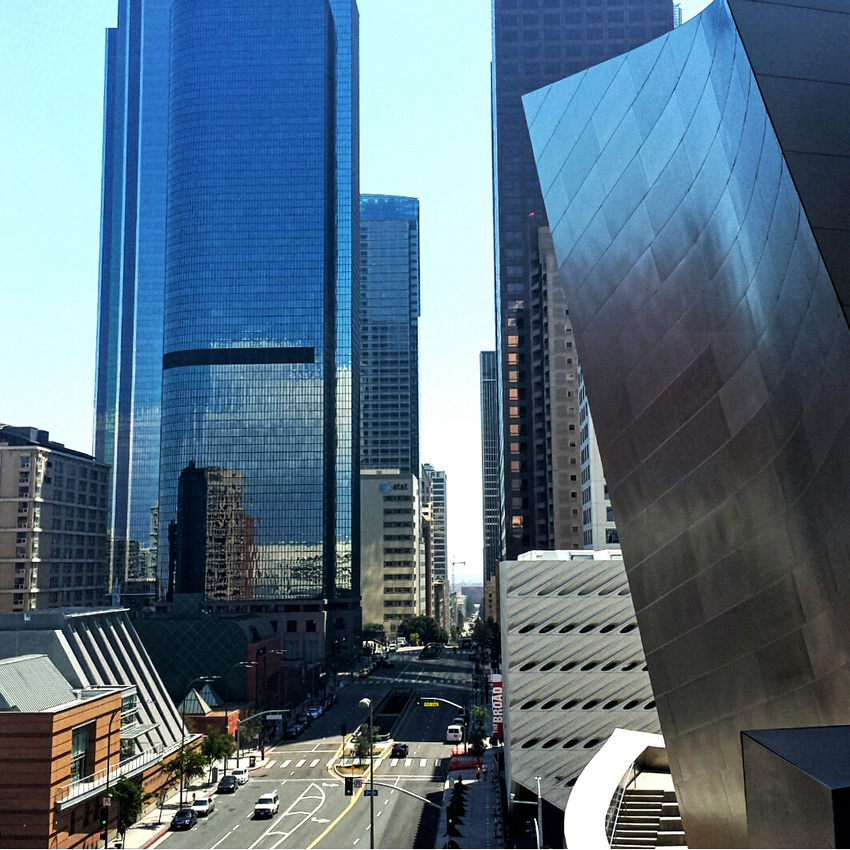 Inside is also gorgeous, and there is always a cool art installation. For the last couple of months, it's been NIMBUS, by Yuval Sharon. It's these huge clouds hanging low overhead down the escalators to the garage. Motion sensors in them activate different lights and sounds provided by LA Philharmonic musicians. Volume up for rainstorm. 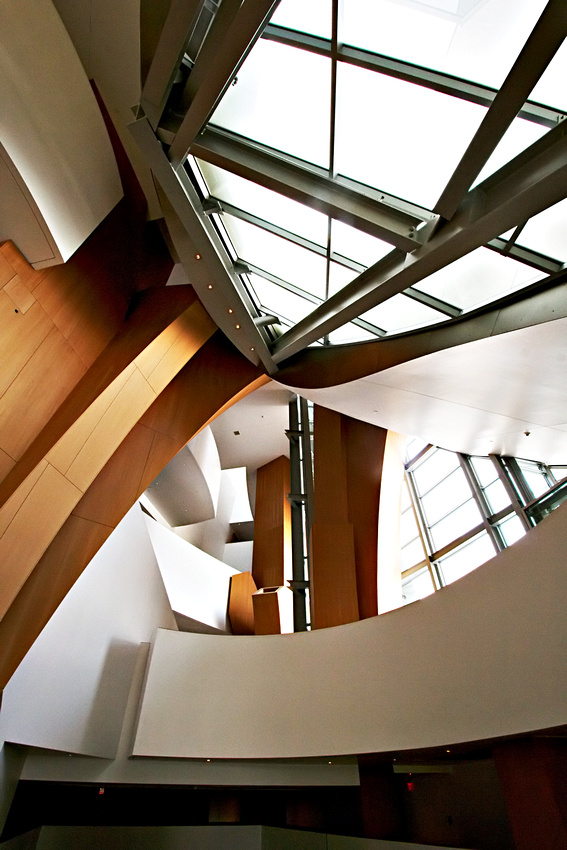 From there, cross the street to the Broad, the new contemporary art museum, pronounced like "road" for some reason. It's a supremely cool building, inside and out. 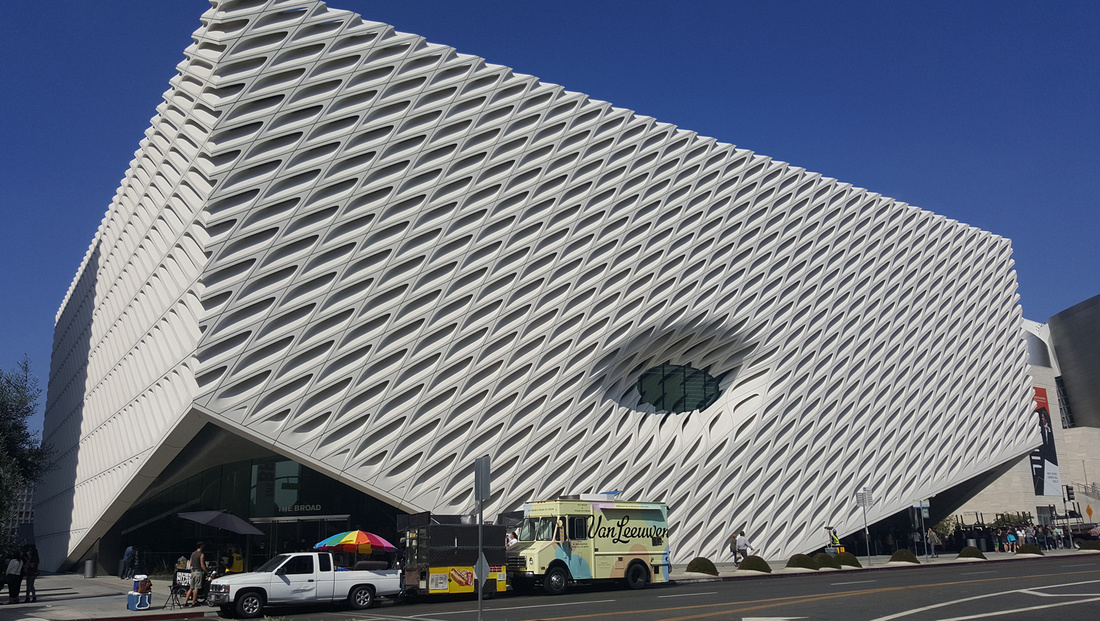 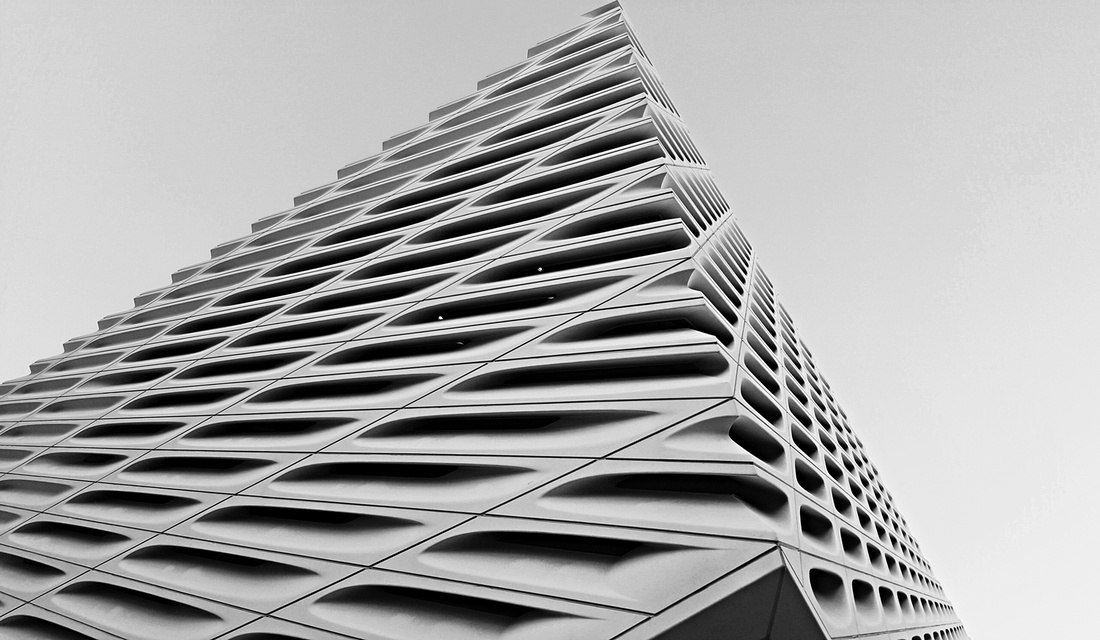 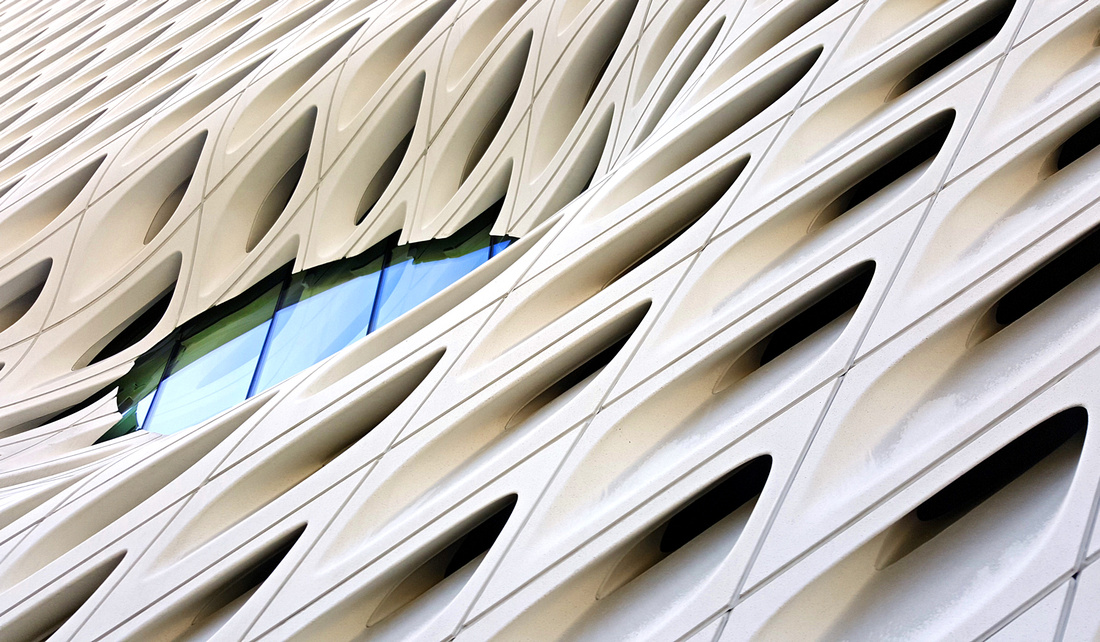 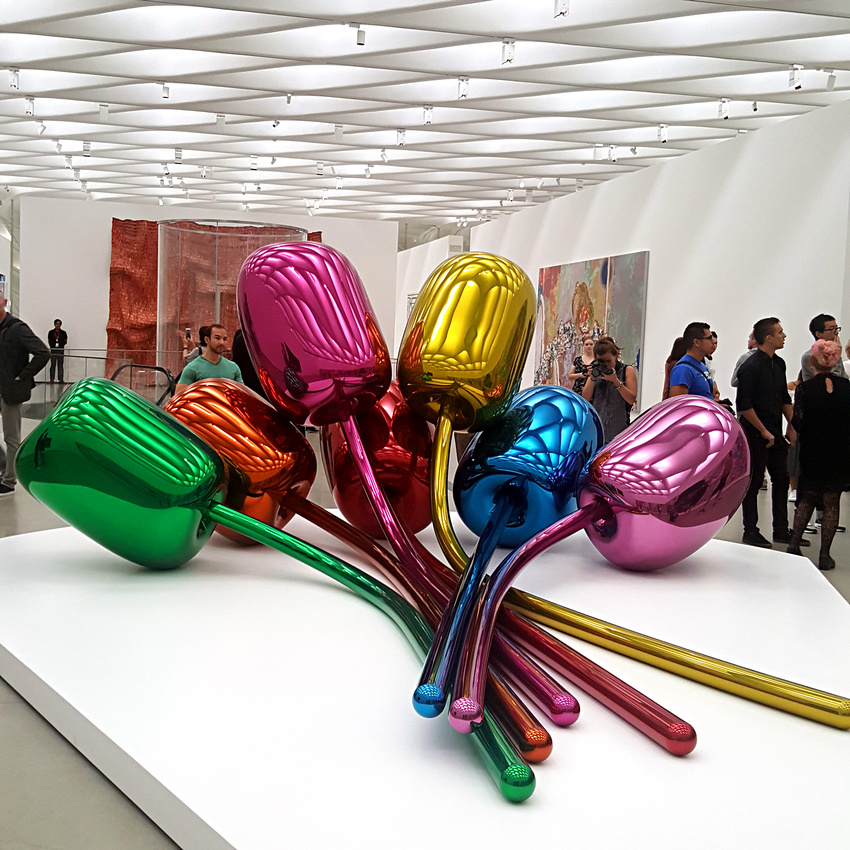 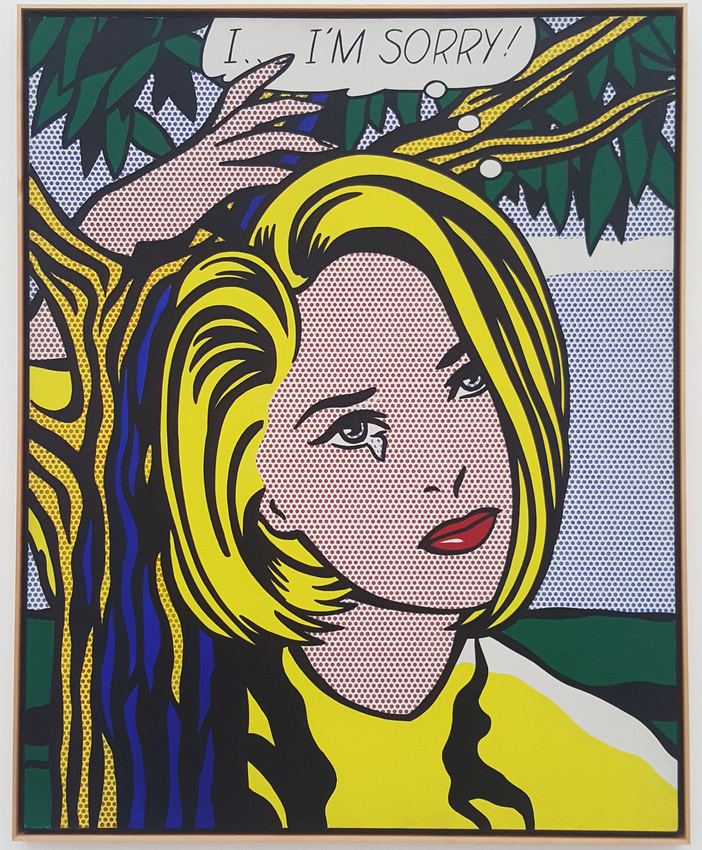 Across from the Broad is MOCA, where I always stop and pick up some Noah Lyon buttons, and sometimes find cool flip books. 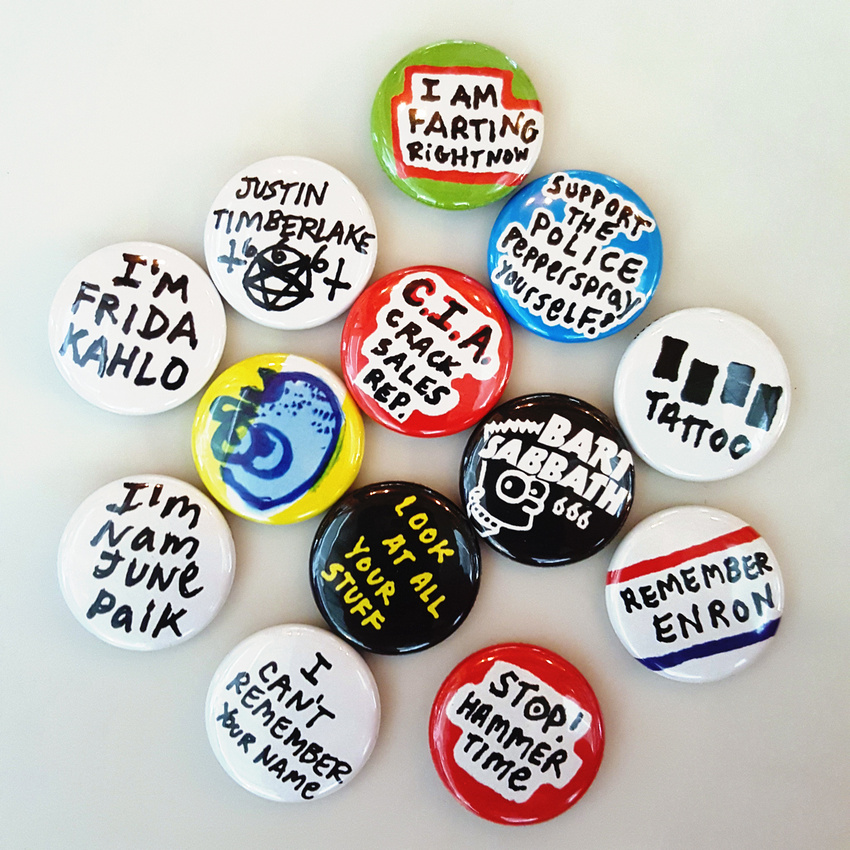 Just through a business park from MOCA is the Angel's Flight train that used to take folks up and down the steep hill between Olive and Hill streets. It's been in a ton of books and movies. I never start the tour at the bottom of the hill because this train isn't running anymore and that hill sucks. 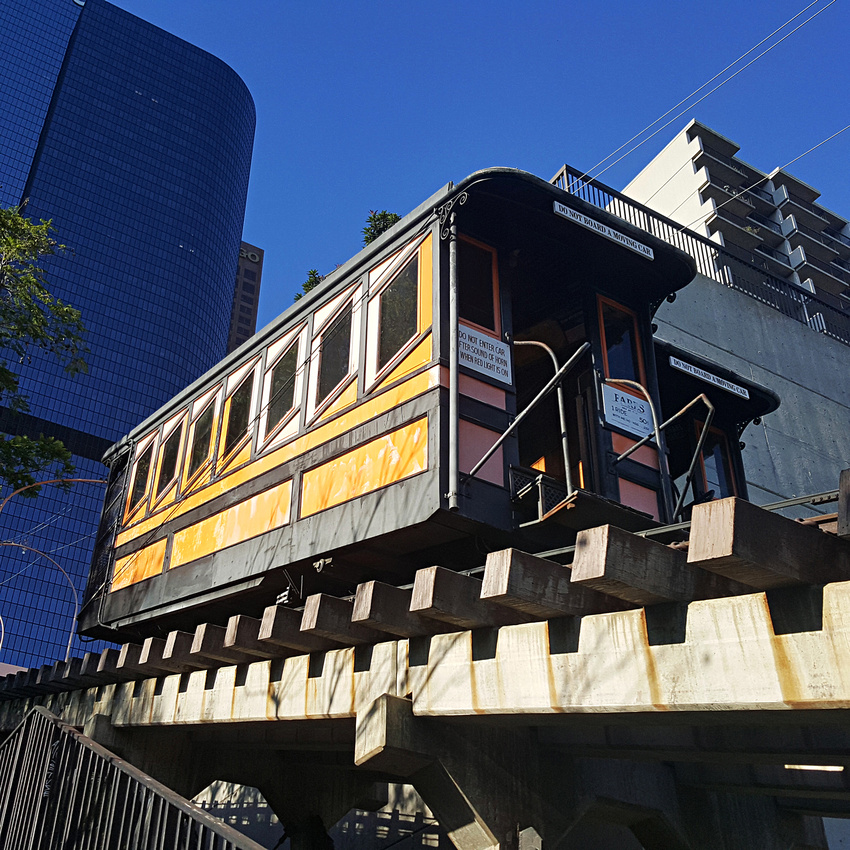 At the bottom of the hill, around the block, is my favorite mural: this gigantic dancing Anthony Quinn on the old Victor Clothing building. 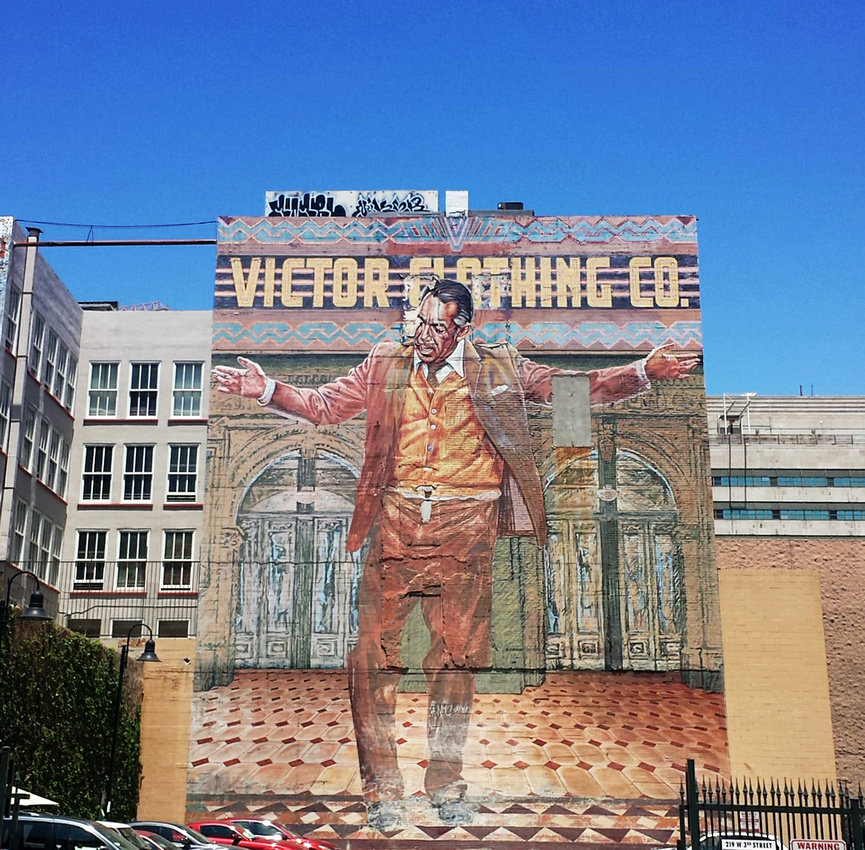 I took that photo of the Anthony Quinn mural from the doorway to the Bradbury Building, just across the street. It's been in Blade Runner and Inception (and those stupid Twix commercials) and is so beautiful inside.

Once through the Bradbury, just on the other side is the Grand Central Market. There are too damn many choices of what to eat (and drink!) here for someone with just one stomach (and just one liver). 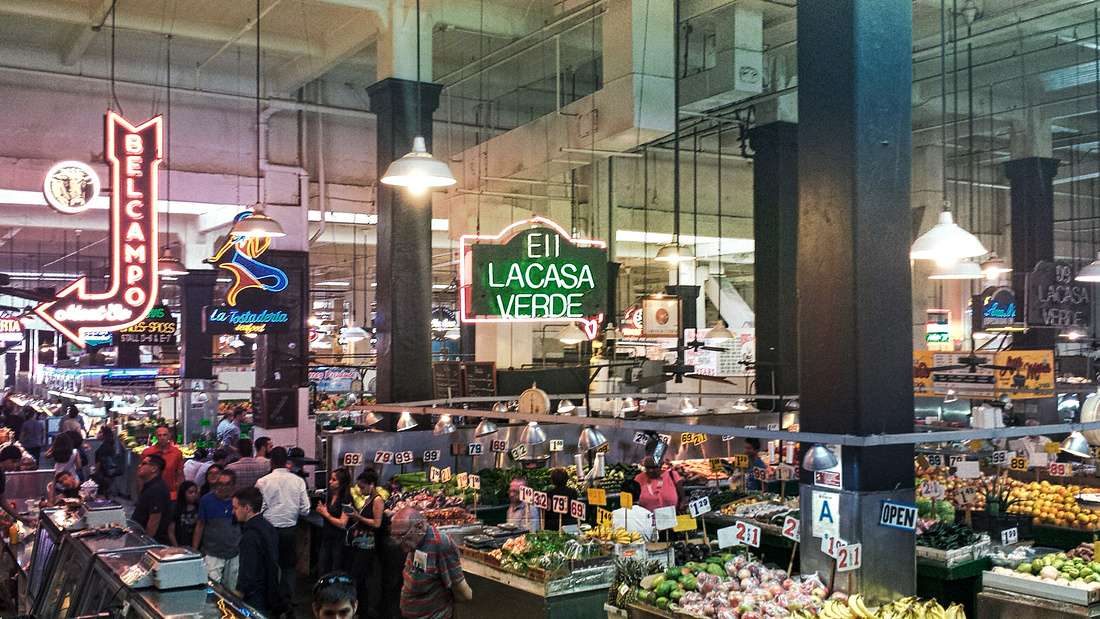 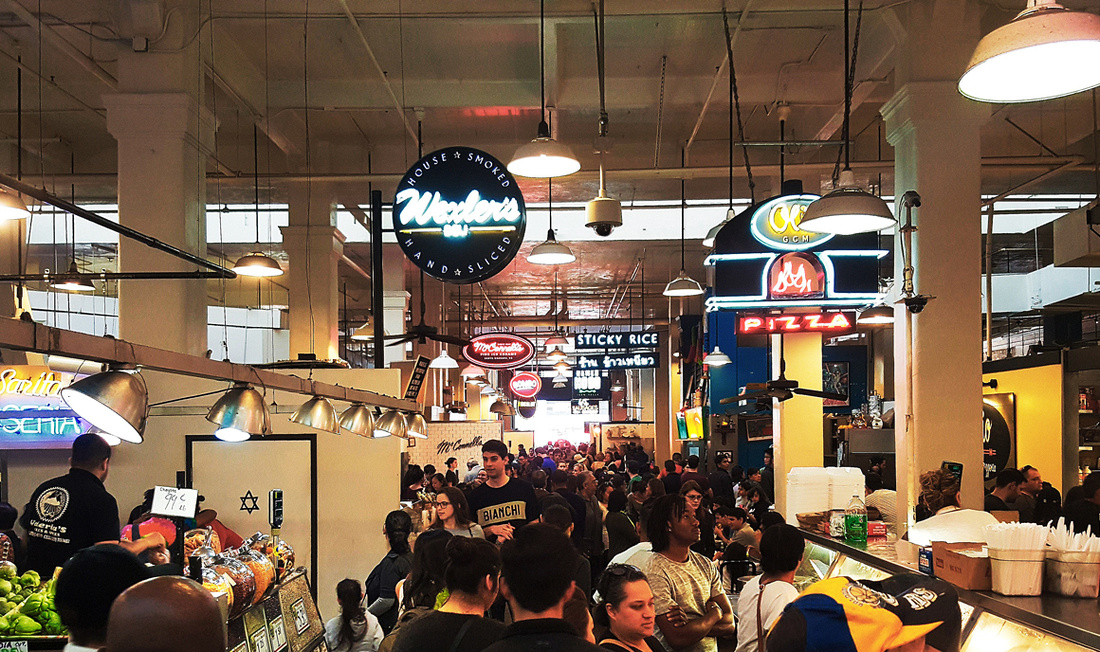 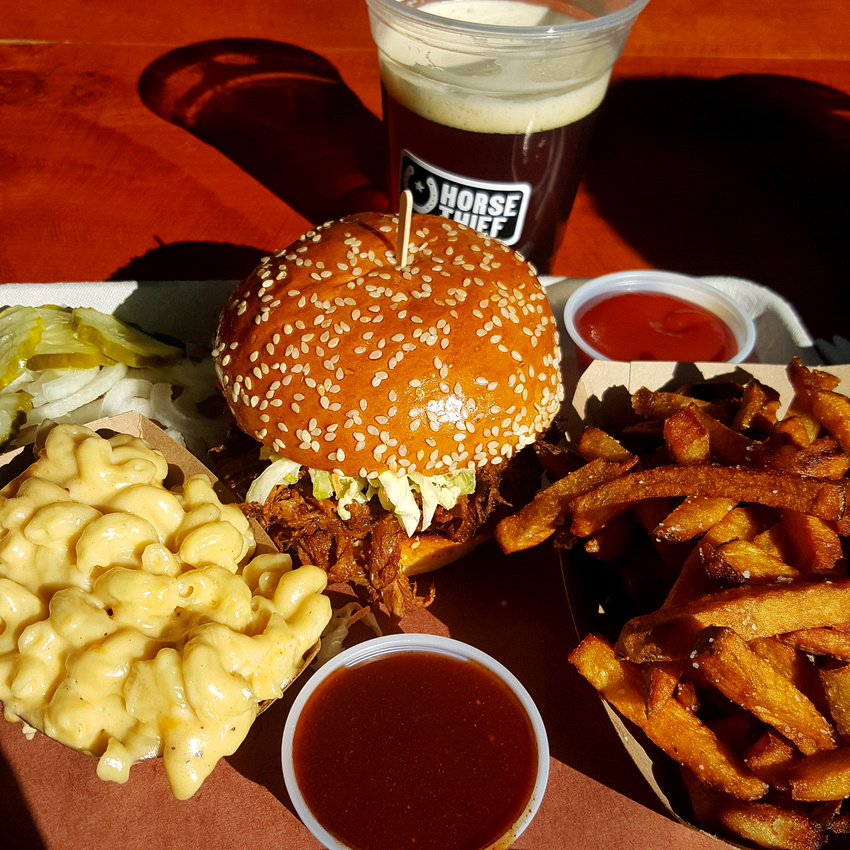 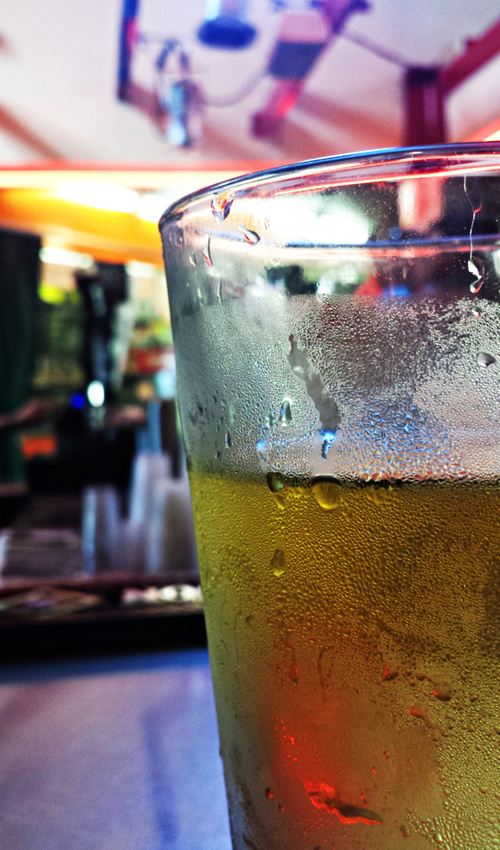 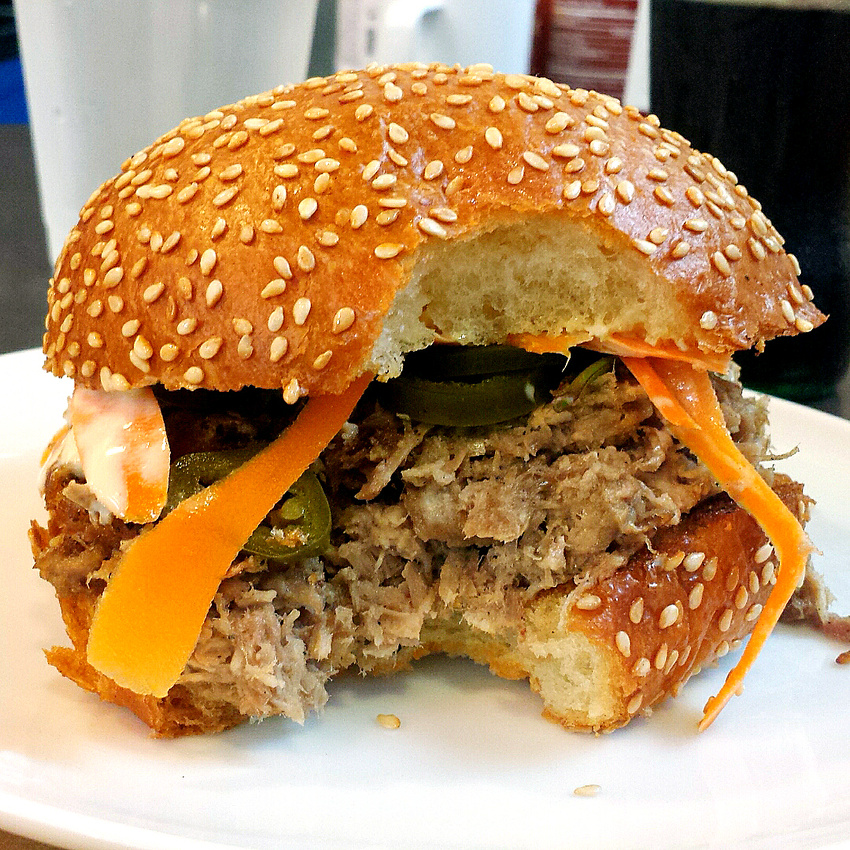 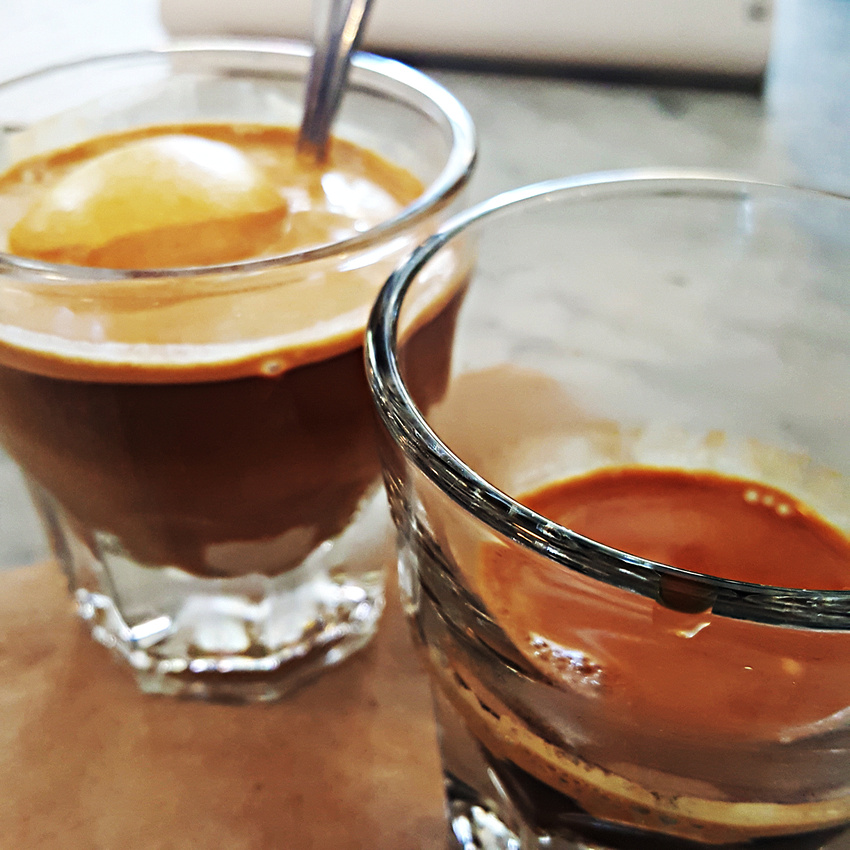 To walk off lunch, I head down to City Hall. It's open during the week to ride up to the top floor observation deck, with 360 degree views. 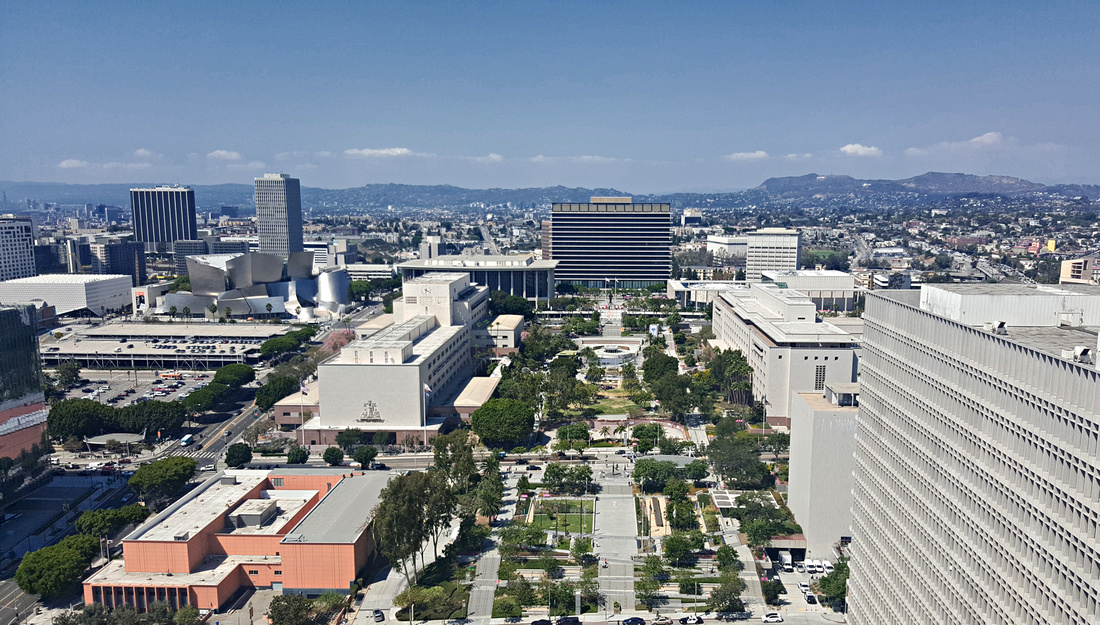 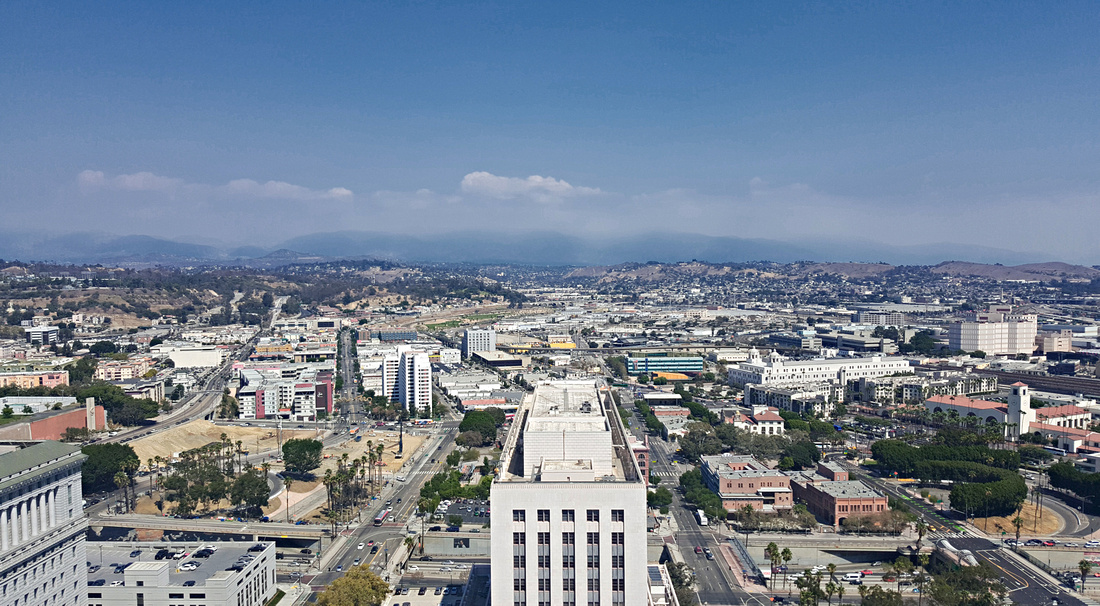 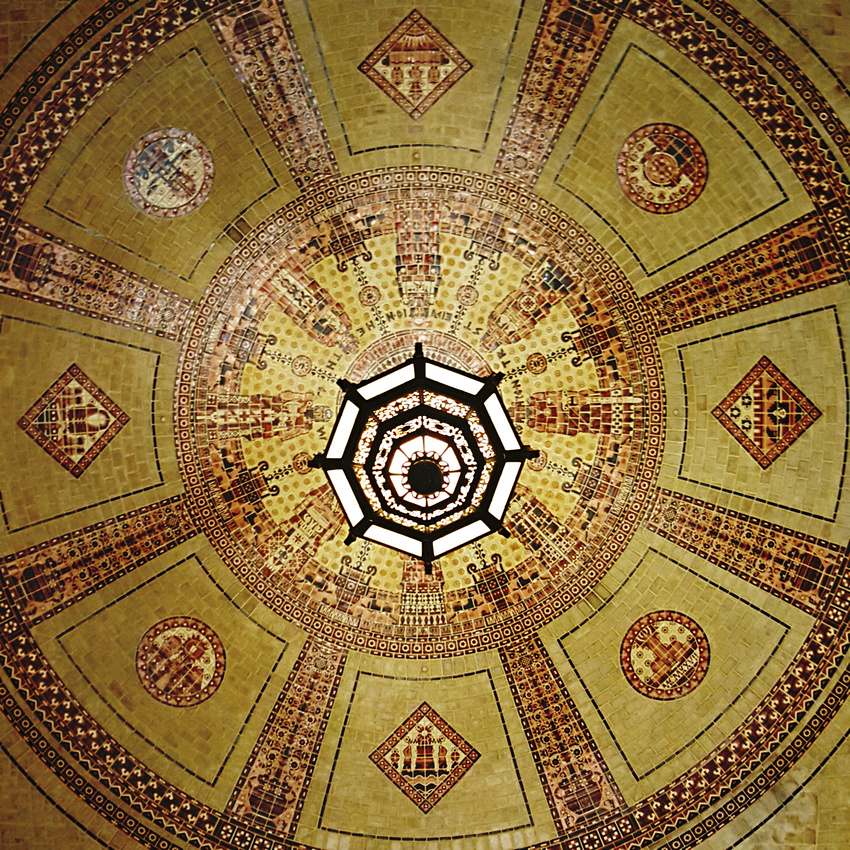 It's a short walk from City Hall to Olvera Street, the historic downtown district dating back to 1781. A pedestrian-only marketplace, it's lined with shops and stalls selling traditional Mexican food, treats and handicrafts. I don't have any photos of it, but the America Tropical Interpretive Center is a must-see museum dedicated to a controversial mural done by David Alfaro Siqueiros in 1932. 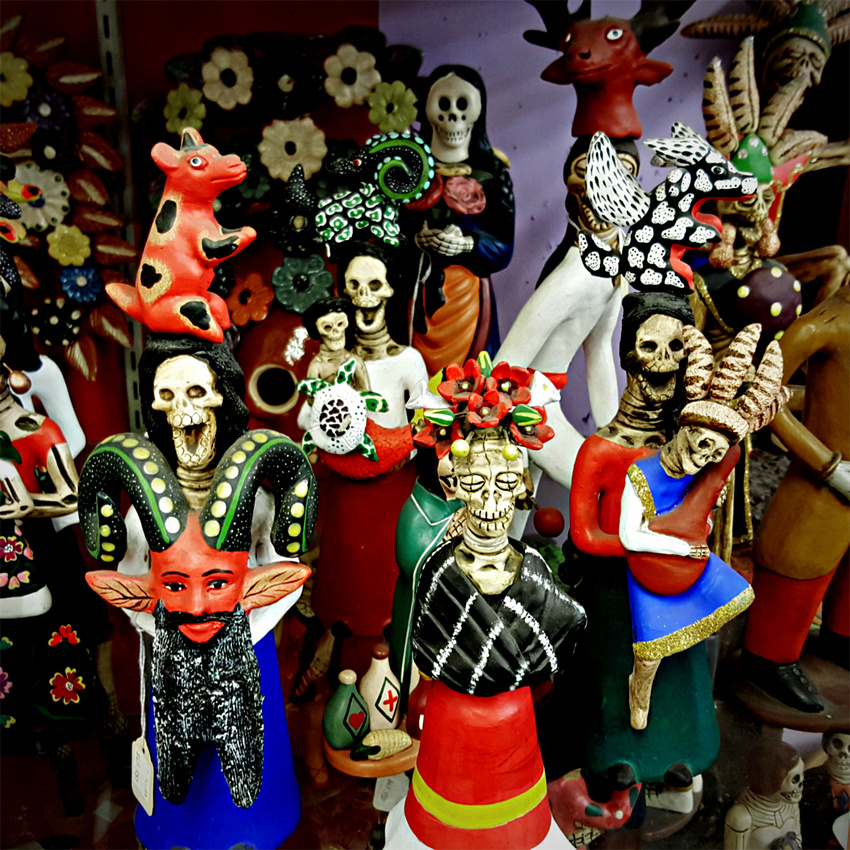 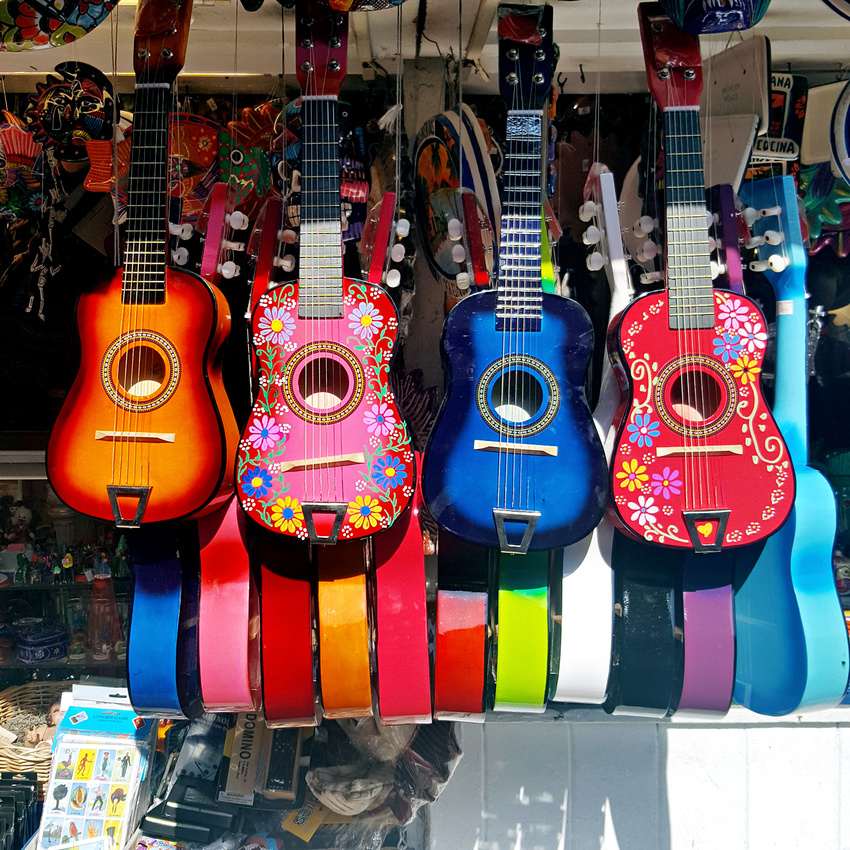 Around the corner from Olvera Street is the end of the tour, Union Station, with its gorgeous main hall and beautiful ceilings, and, if traffic is too bad to uber, a train back to the Westside. 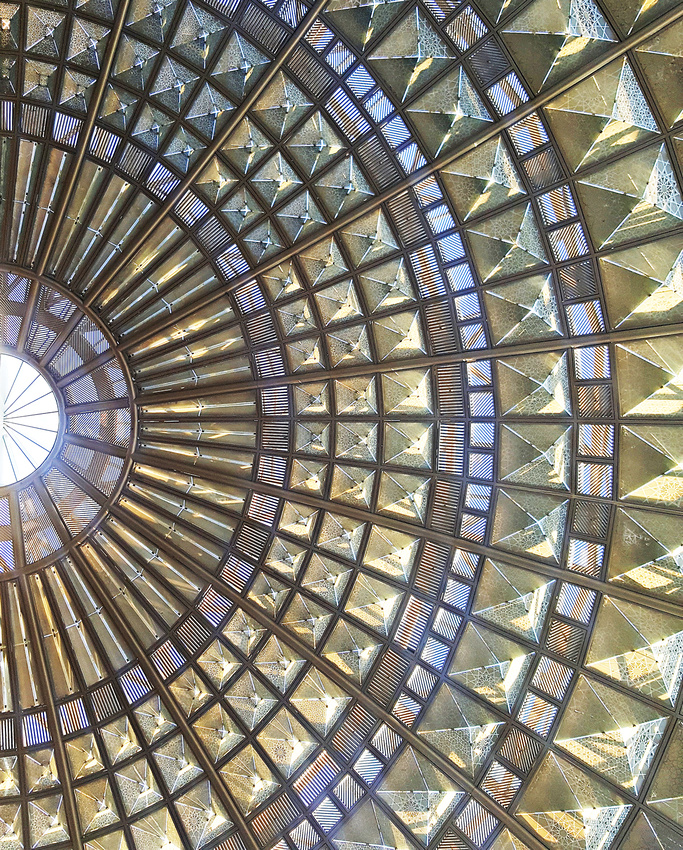 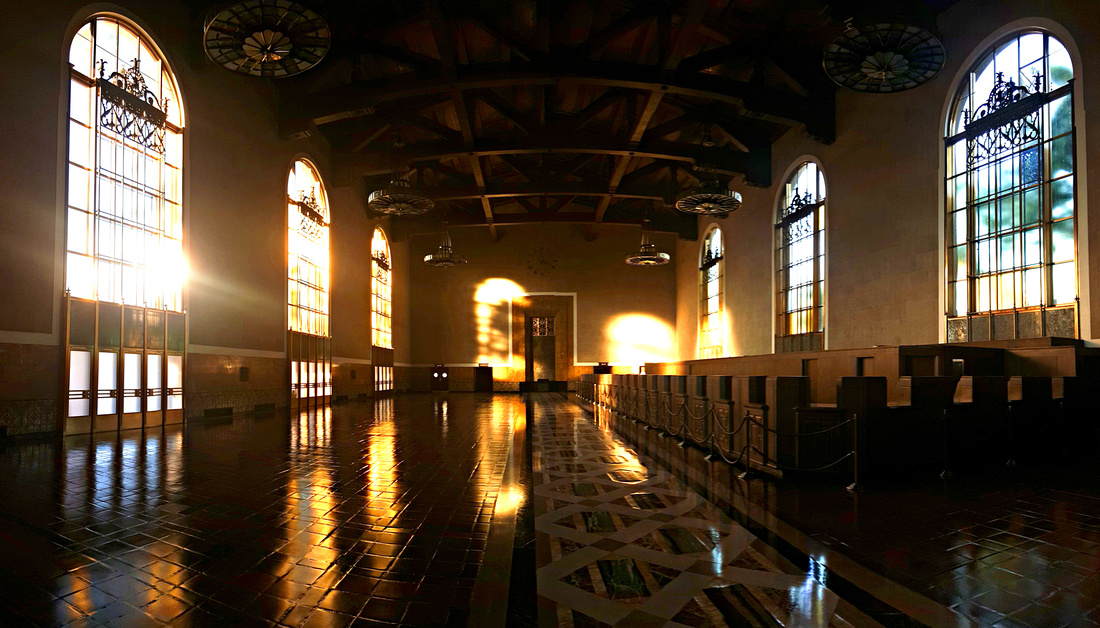 Next post will be from Helsinki! Thanks as always for visiting!