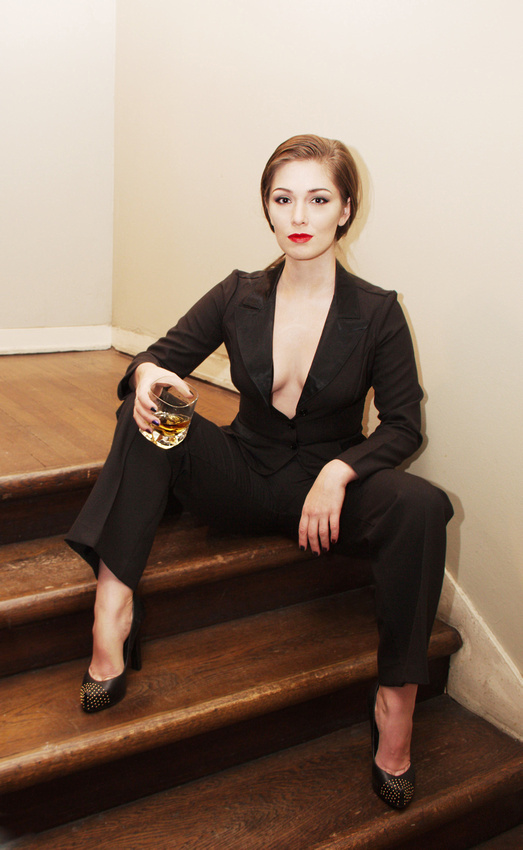 Making friends with people is super hard. I meet people but sometimes feel I don't know how to, like, human properly. This January will mark my third year of living in Los Angeles, and I'm proud to say I've made a few true friends in LA. The very first friend I made here is Alex, my muse this month (next month's muse might be a chocolate glazed from Bob's Donuts, so enjoy this beautiful person-centric post). We just did an incredible shoot in an historic Hollywood building. Alex rocks a suit like nobody's business. 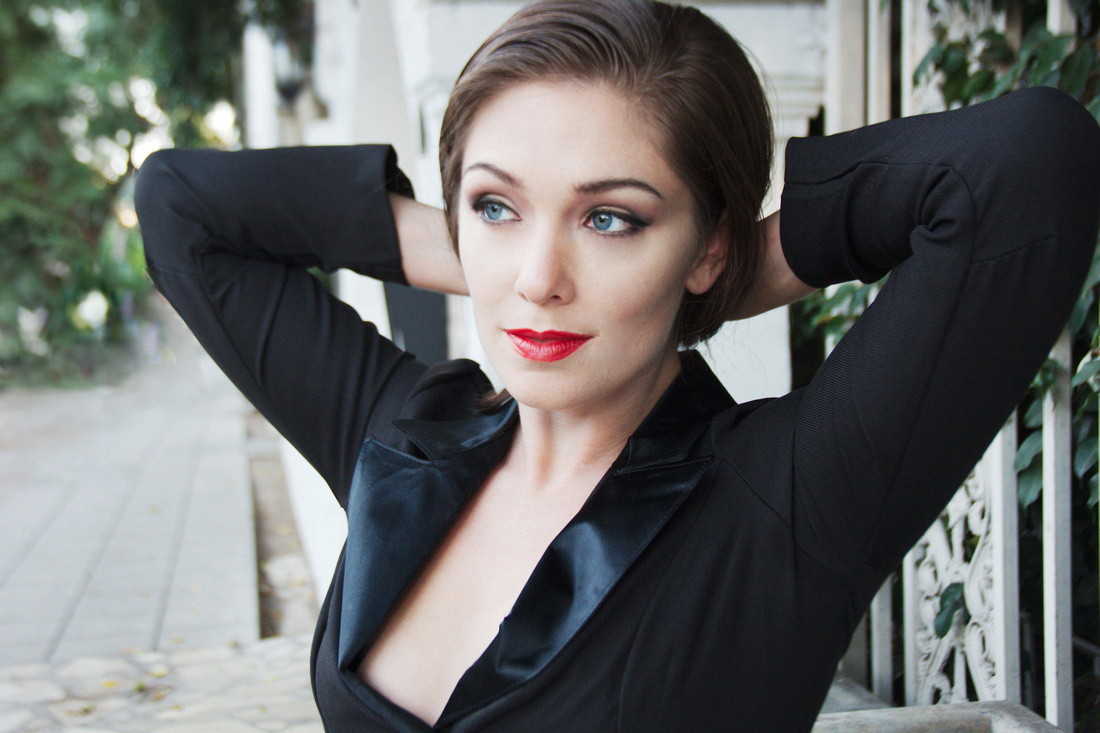 Back in 2015, the Viking and I decided to go out and try something new: leave the house, talk to strangers, maybe make some friends. We went to a daytime wine tasting in Santa Monica and (not on purpose) sat at a table with--straight up--the weirdest people I've ever met. Not fun weird, just weird (and we are the kind of people who surreptitiously googled the weirdest guy after he gave me his business card...disbarred lawyer! disco!). But the server was funny and charismatic, and she seemed instantly familiar to me in a way that made me hope we'd be friends (could've also been the wine). The Viking and I got stupid, purple-toothed daytime drunk, and chatted with her after the tasting. I gave her my card and we talked about maybe doing a photo shoot. I guess this is a thing that happens all the time in LA, though I've found people rarely mean it when they talk about making plans. It's like asking strangers "how are you?" in that it's just a thing people say when they're really thinking about themselves.

For Alex and me, this was different, though, and in the weeks that followed we got together, conceptualized a crazy fun shoot, shopped for wardrobe at the consignment shop, and took our partners out to the desert to shoot. In many ways it was the oddest photo shoot I've ever done: four strangers stuck in a car together for hours on the way to the desert, then me bossing them all around for the rest of the day. It turned into an all-time favorite shoot, as we collaborated completely and had a wonderful time and launched a fantastic friendship. Also I love to be bossy. I am a boss. 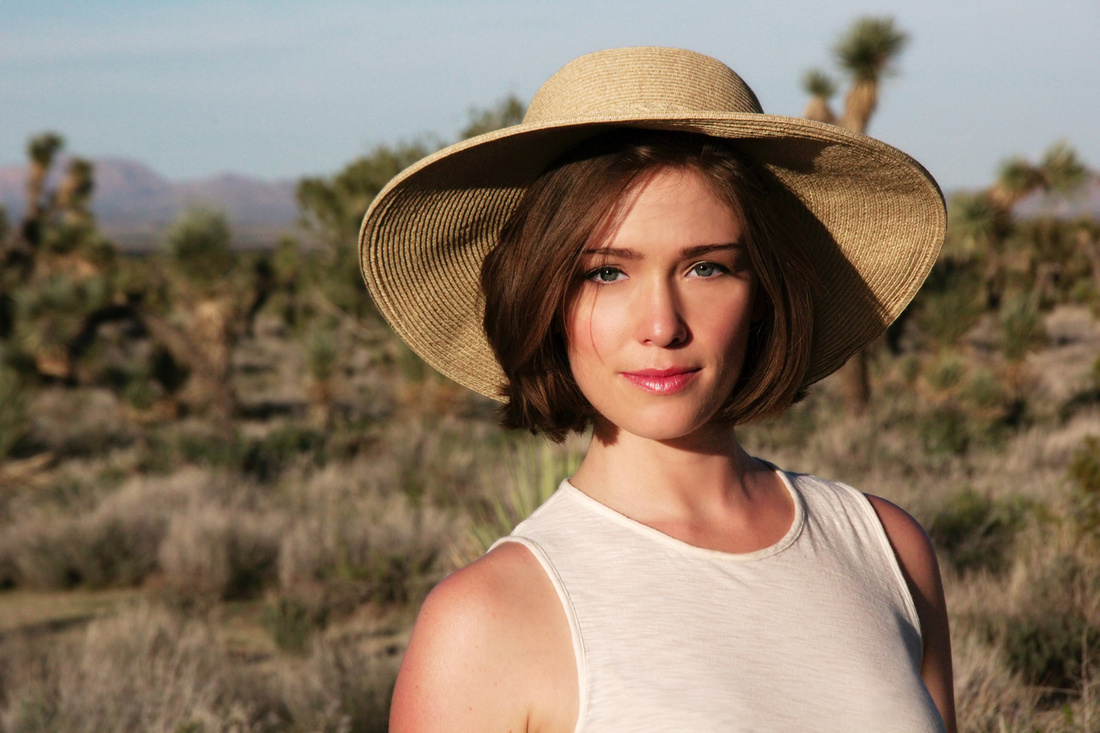 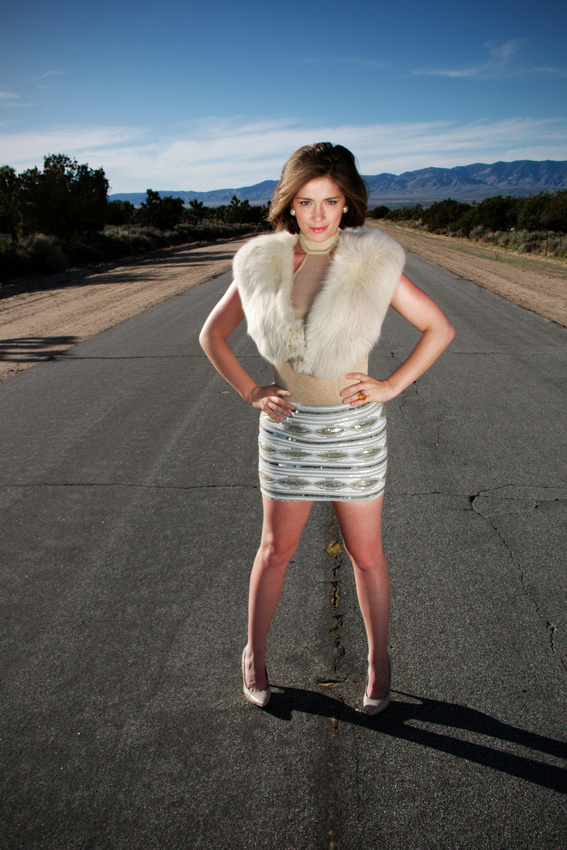 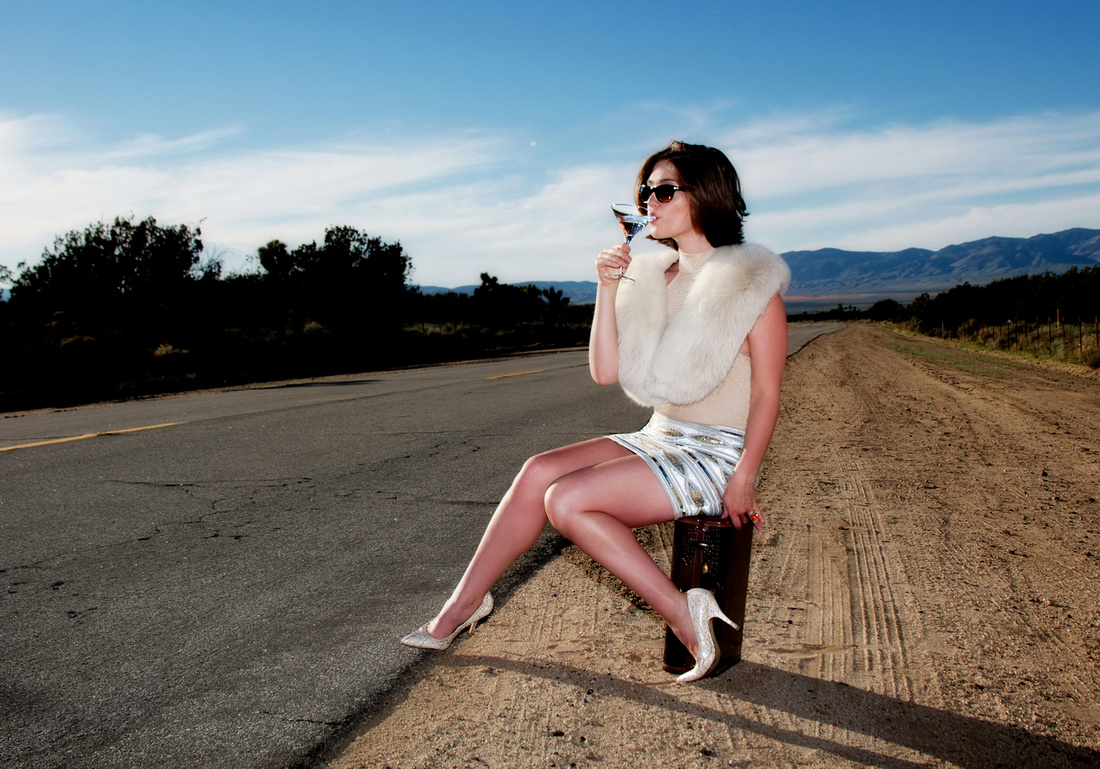 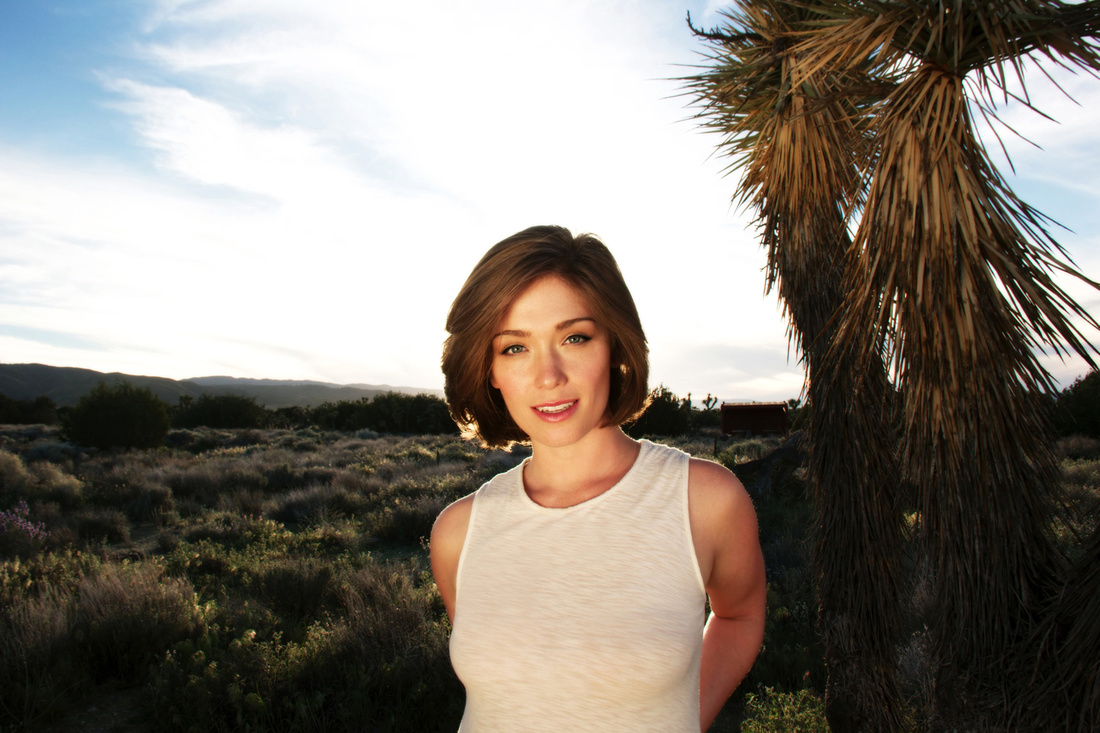 In the years since the desert shoot, my own life has been all over the place, both figuratively and literally. For a minute we were moving to Finland. The Viking switched jobs and we've moved...thrice. Through all that I've managed to hang on to Alex, who I've seen not only in real life but on my television all the damn time. In the months between seeing each other, she pops up on my TV and it's a little freaky for me; I've never had a friend who was a working actor. I can't help screaming HEY THAT'S ALEX!!! And then feeling kinda stupid and also like maybe I want some cottage cheese or whatever. I have absolutely nothing to do with her continuing success but have pride in knowing the second that I met her that she is truly something special. It's wonderful to see her getting work in this crazy town.

A very bizarre aside: I saw with shock that Alex is Facebook friends with someone I knew from another life. I called to ask how she knows him, and they used to work together in North Carolina. It's my ex-fiance. Small world, y'all. Tiny.

I can't always make it to all my friends' shows, but Alex is the Executive Producer and Artistic Director of a comedy group called the Fun Police, and I shot their hilarious Halloween show. In one sketch Alex played Samara the drowned horror girl from The Ring and her partner played an agent trying to sign her. I caught the giggles so bad I had to pinch myself to stop or I was gonna make a scene in the small theater. 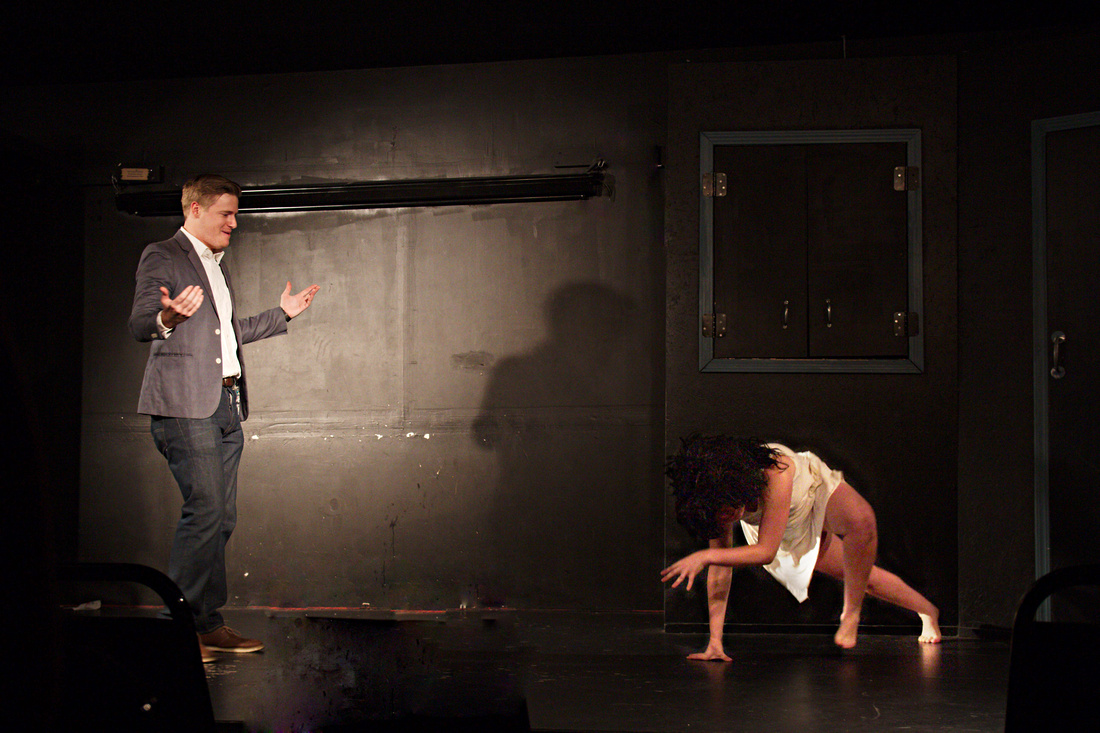 After Halloween we decided to do a different kind of shoot than I'd done before, and as ever, her openness to my ideas, generosity with her own, and her willingness to collaborate made these photos some of the best I've ever taken. I am so proud of the images we made together. I love watching her success: just last week she was on American Horror Story: Cult (grateful to have been spared watching her get murdered, but as ever, she lit up the screen). I'm so thankful for her kindness in my life and that we get to make this gorgeous art together. 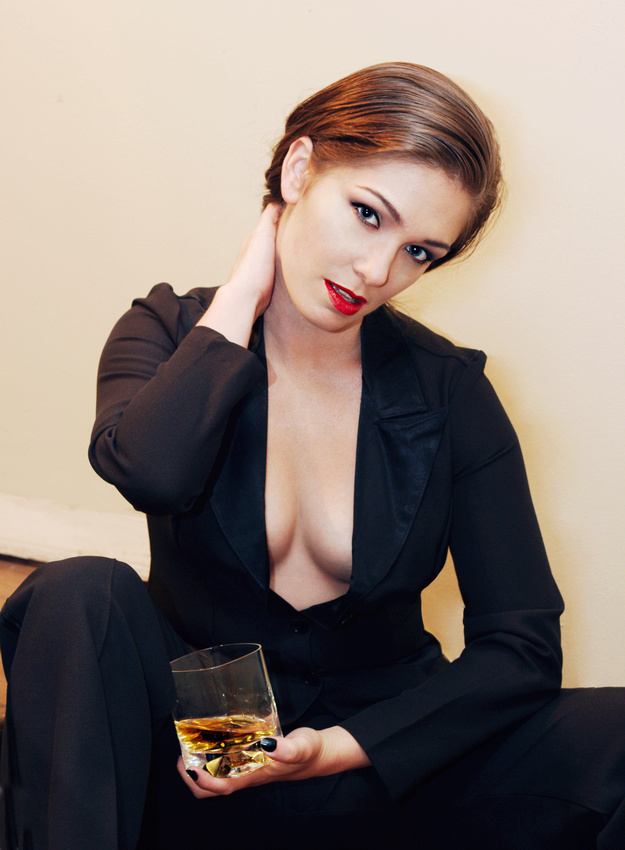 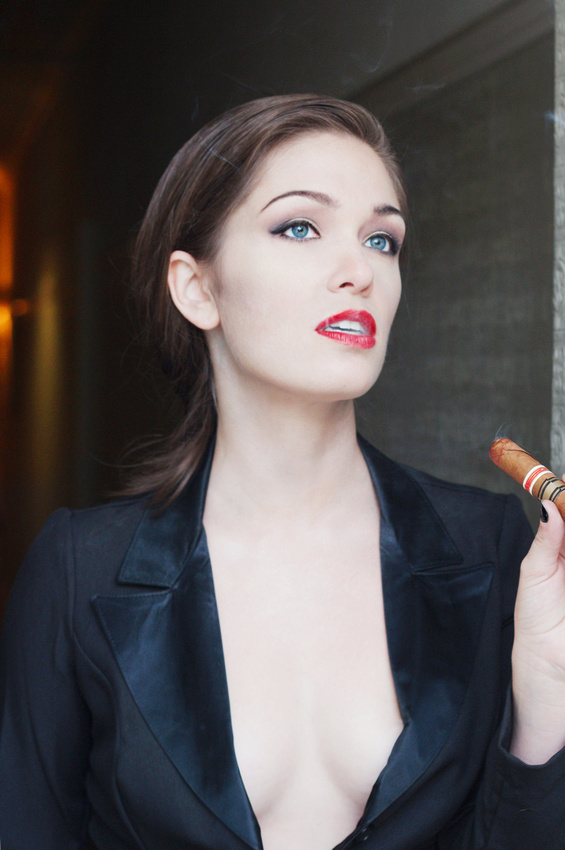 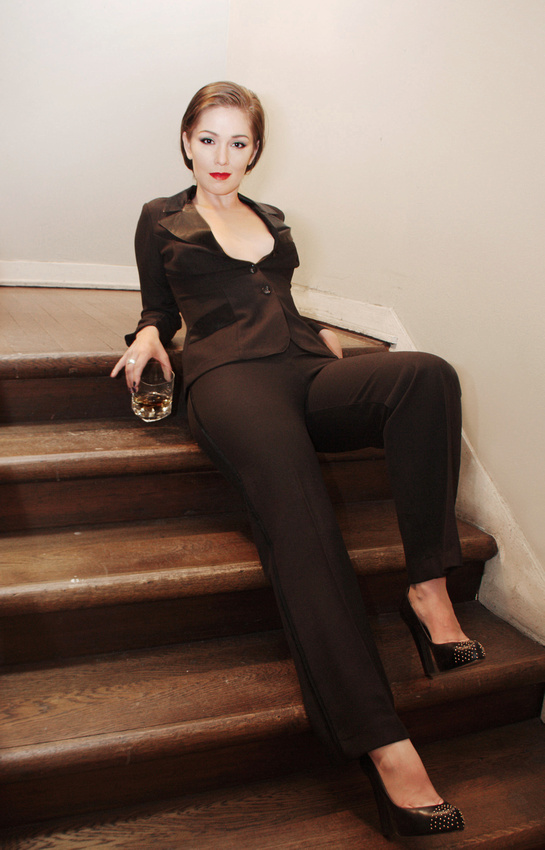 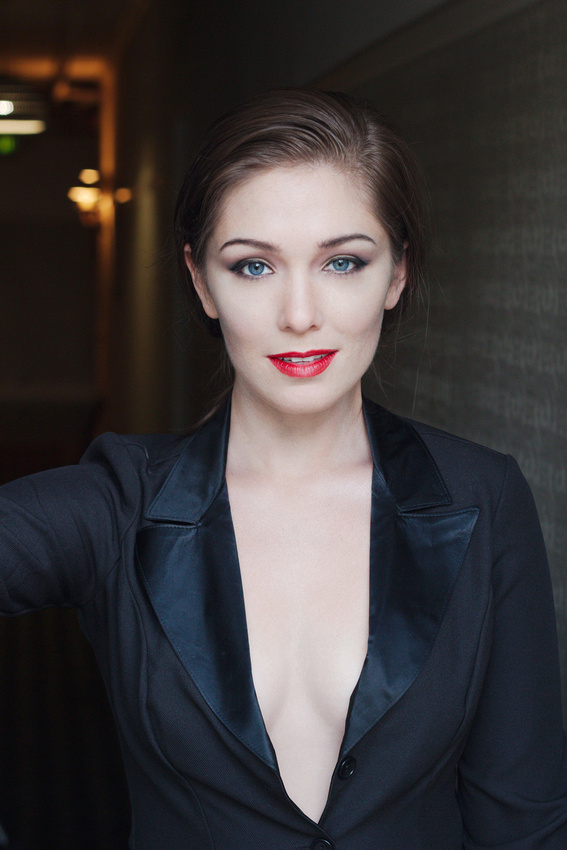 As always, thanks for visiting!